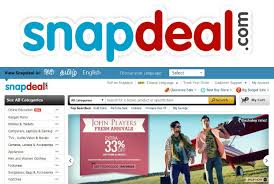 FDA Maharashtra has filed an FIR against Snapdeal’s CEO Kunal Bahal and other directors of the online retail store. The food and drug association cited the online retailer’s selling of prescription drugs without permit as the reason for their decision.

This is a serious situation for Snapdeal and its board of directors, as under the Drugs and Cosmetics Act of 1940, if an unlicensed vendor is found guilty of selling prescription drugs, then it could lead an imprisonment of up to 5 years. The FIR was lodged when an FDA team raided Snapdeal’s Gurgaon premises on April 17. The team seized prescription drugs like Vigora and Ascroil, copies of agreements with vendors to sell the drugs and delivery challans to customers.

FDA Commissioner Harshdeep Kamble said that they were trying to find just how far had Snapdeal gone in this business and that further action taken against them would depend on the final outcome of the investigation.

Snapdeal, in its defence, said that despite continuously urging sellers to stop listing such products they continue to do so. As soon as they receive notification of any such mishap, they delist the product from their store and then take suitable action against that particular seller. They said that they act as the middle men between sellers and buyers, and try to educate the business owners, small and medium alike, to play by the rules. They went on to say that they try to prevent such actions as much as they can, and always take swift action against defaulters. The company said that in addition to cancelling the payments and delisting the said products, they would help the FDA in their probe in the matter.