Bajaj RE60 : Taking the Green Way 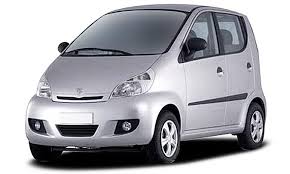 Bajaj RE60 is the car which is being talked about much at present.

Pollution in India has been the cause of concern since over a decade now. Many people succumb to premature deaths due to the heavily polluted air they inhale day in and day out. Studies have shown that over 75% of the air pollution comes from the exhaust pipes of private vehicles, and with the number of vehicles on the road increasing at a fast rate every day these figures could go much worse. With these things in mind, one could say that the timing of Bajaj RE60 in mid 2015 could not have been better. The model was thrown open to public in New Delhi Auto Expo as back as 2012, the model is expected to hit the market during Mid 2015.

The RE60 is a low cost, environmentally friendly model from Bajaj. Boasting of a high mileage of 35 kmpl and lower carbon dioxide emission of 60 grams per kilometer, it surely is one of the greenest cars in the world. The metal hybrid structure of the car gives it a sturdier structure and the 4 valve water cooled DTSi engine promises a good mileage and efficient performance. It is also quite lightweight, weighing only 400 kg. The maximum speed of the vehicle is 70 kmph, but that should come as no surprise, given the fact that the vehicle was designed primarily for use in the city areas. 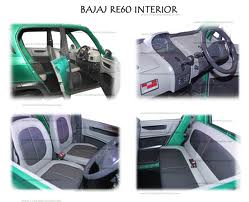 RE60 proves to be a better alternative to Tata Nano. The environmental friendly aspects of the former more than make up for this claim, but there are other factors that corroborate this claim further. RE60 is more spacious, with the vehicle being designed for accommodating two people at the front and two at the back quite comfortably. The turning radius of 3.5m makes the vehicle suitable for cities, and the strong suspensions provide better ride comfort to the passengers. The extra boot space and better overall design and looks come as further incentives to the customers. As at present, this car is going to cost something between 130,000 to 140,000 INR making it is most economical car.

However, the vehicle is not as much a car as it is a quadricycle. It is most beneficial for customers in countries like Nepal, where 3-wheelers are used for personal use. The Central Government in 2013 officially branded the vehicle a quadricycle, meaning that is only allowed for commercial use in India, but could be a good replacement for Auto rickshaws.

Next Story
FIR filed against Snapdeal