Late in the morning on Saturday, April 25, an earthquake hit many parts of north India and Nepal. The magnitude of the earthquake was measured to be 7.9 on the Richter scale, making it one of the deadliest in recent times. There has been a lot of damage to life and property, with over 50 people killed and as many as 250 injured across North India. The situation in Nepal, however, is much more gruesome, with the death toll crossing 2000.

Nepal has been hit worst of all the affected areas by the earthquake. Rescue operations are still ongoing as the search for people trapped in the debris is on. The states of Uttar Pradesh, Bihar and West Bengal have been much affected by the earthquake as well. The tremors were felt as far as Delhi. People in the affected areas rushed out of their buildings as soon as they felt the first tremor late in the morning. More tremors have been felt after the initial confrontation, but their magnitude has not been that much.

Overlooking the rescue and relief operations himself, Prime Minister Narendra Modi has urged all state governments to ensure the safety and relief for the citizens of their respective states. Help has been deployed to Nepal as well, as the country has suffered one of the worst calamities in its history. Delhi Chief Minister Arvind Kejriwal tweeted about the quake, asking the residents to maintain calm and assuring them that officials were out assessing the situation. UP Chief Minister Akhilesh Yadav has also announced financial aid to the kin of those who were killed or have suffered grievous or minor injuries in the earthquake.

Volunteers are heading for the task of assisting the victims and many teams have already left for the destinations. A team of Indian doctors has voluntarily offered to render their services to the victims. Help is pouring from every corner of the world.

All state ministers have been looking for providing compensation and relief to those affected and assuring those who are shaken by the situation. Rescue operations in Nepal have been assisted by the Indian Armed Forces, with the hope of rescuing every last individual still trapped under the debris.

Next Story
Bajaj RE60 : Taking the Green Way

Of late Northern parts of India have been experiencing tremors. There was a quake on 13th April at around 7.25 pm which was felt in most... 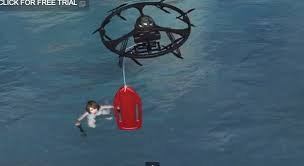 Drones can be employed for various relief operations during natural calamities. The picture of the flood hit Jammu and Kashmir is...