EXISTENCE OF GOD: “Faith renewed over the centuries” 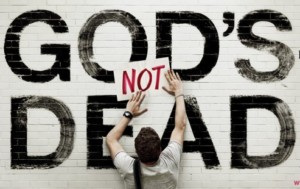 “GOD” the envoy of goodwill, the Supreme Being, the principal object of faith, the one whose name is enough, the ultimate power. He is the creator of earth, the centre of energy. But “have you ever seen God “?”Does God really exist? Can someone sustain such a bulk of power to create the whole world, the world of which we are the minutest part! 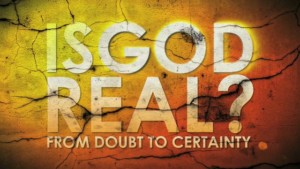 From the time we are born we are entitled to a state of mind, we are taught to worship an idol. The one which cannot see us, cannot talk, which cannot protect itself. Nobody has ever seen God and hence the design of the sculptor varies with each of our imagination. Some say he existed centuries ago, some say that he will take birth in the next century, and some say that he exists in the building. “God” does not have any particular identity, no particular photograph. When a 5 year old does any mischief, he is scolded with the saying “God sees you, don’t do any evil”. The same child when asks where is God, he is politely told he’s there up in the sky. The innocent mind understands it and becomes satisfied, when he grows up and questions himself the same thing, up where?  Above the stratosphere, in the atmosphere, the space, the galaxy the Milky Way..!! Where does God exist?

It feels proud to be the part of culturally diverse country, India. It is a religious country, but in spite of being the symbol of strength and unity, it divides people. The people are categorized according to their religion, their food habits, their way of living, their place of praying all varies. It becomes sarcastic to see people making national issue the religion for “their God should have more priority”, when we have more important topics to debate like poverty, jobs for youngsters, economy, etc. At the same time some superstitious beliefs like torture yourself with the hunter as God will become happy, dedicate milk to the lord he would become happy and bless you, move over pins and all your pains for the rest of your life would be gone. Being practical, if you believe that the Lord is the creator of earth, why would he need the milk for energy??? . You are calling him the “LORD”, and at the same time, assuming him to be so small to ask milk from humans!

Faith in existence of God

To have faith is good, but sometimes it works the other way, “it works in a destructive way”. The people with an envious mind turn the faith and belief against humanity and hence terrorists are born. It is true that in the faith and belief in worship or the terror that God will punish us, we humans become blindfolded. This blindness originates the people who make the belief the method of earning money. The same blindness allures many people; they turn the sentiments into the business and are called by the sophisticated term ‘Baba’. These “Baba’s” have more wealth and income than an army soldier, who works day and on the borders, than an I.A.S, the chief administrator, the doctor, an engineer. These uneducated people earn much more than all of us who waste their whole life in studies, giving the toughest exams. Is this for which we study? God never came to us and divided us on the basis of religion. Terrorists attack schools and kill the innocents just for the mere cause that they are protecting their religion. If you believe the God exists and we are his children then will he be so cruel to punish us. Bringing the “Jihad” factor won’t do any good.

Where is God then?

Then who is GOD? Where is he? What is the proof of Existence of God? According to my beliefs, the GOD exists; he is the hope, the faith, the positivity which leads humans in forward direction. He is the force which helps us to lead ahead to think, to work as humans, united, to use our mind and take right decisions. The word God represents the centre of energy, we all living creatures have own centre of energy inside ourselves. There exists the mirage of waves through which by the technique of concentration, we can contact with each other without even speaking. It simply gives us the message to abandon superstitious beliefs, behave rationally and challenge the existing mentality with our united and radical beliefs.

Next Story
5 Best Sarees – Must to adorn your wardrobe

One Reply to “EXISTENCE OF GOD: “Faith renewed over the centuries””