With the Delhi Elections in the horizon, it looks like Election is happening every other day! After the Election for the Central Government, it was Maharashtra and Haryana which went to polls for Assembly. Now it looks like Delhi is also heading for an election.

In the previous election, Aam Aadmi Party which contested the elections for the first time got the limelight. The party made a first time record by grabbing 27 seats. Bharatiya Janata Party, which saw a slight upward swing, came out with 31 seats. The ruling party Congress failed miserably and could win only 8 seats. With this number, no party could make the Government as the magic number required was 36 for simple majority.

After much contemplation, Aam Aadmi party joined hands with Congress to make a Government. The alliance failed miserably and just after 49 days of forming the Government, AAP had to step down. Arvind Kejriwal, who was the Chief Minister could adorn the CM seat only for 49 days. With the largest seats winning party BJP not having required magic number, no party could assume the position. This situation invoked President Rule.

Recently, Lt. Governor Nayeeb Jung called a meeting of the Parties. BJP, AAP and Congress have expressed their concurrence for an election. Based on this Nayeeb Jung has recommended election and the proposal has been sent to the President.

In view of these developments, Delhi Elections are going to happen in the near future. Delhi voters should make the right decision this time and get a party which can hold the strings for five years. It is another test for Modi team and also for the Congress Team. 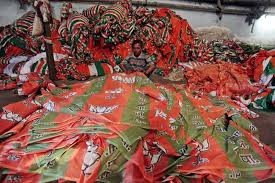 No information about the date of the election has been discussed yet. It is expected that Delhi Elections may happen during the beginning of the next year tentatively.  The parties are gearing up to start the ground work for the elections. Result: Wait and watch!

Next Story
The Magician of Hockey: Ashok Dhyan Chand