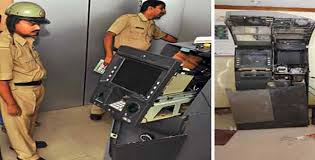 ATM machines which are installed to facilitate the bank customers seems to be a good target for robbers as well. The looting of people coming to ATM to draw money is fading away. Now it is the time to loot ATM itself. The latest addition to the list is a Delhi ATM heist. The ATM that was targetted is Bunglow Road, UB Block ATM in Delhi. 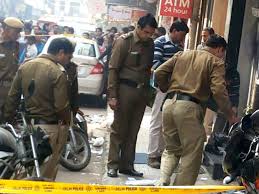 The daring attack was done in broad daylight at around 11 am on Saturday 29th November. Two persons came on a motorcycle, shot at the security guard. Before others who were present at the scene could realize what was happening, they entered the ATM cabinet. Two custodians were filling the cash to the ATM. The robbers took away all the money which was meant for loading ATM. The amount was a whopping 1.5 crores. They robbed the money at gunpoint and escaped from the place. The robbery was a well-planned one and perfectly timed. They also fired in the air before leaving, so that nobody dared to chase them. They had also covered their faces with helmets, so that the CCTV does not reveal their identity. 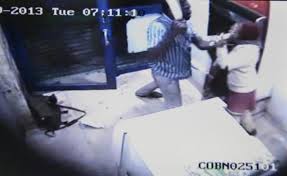 The incident of a lady being attacked at an ATM in the heart of the City of Bengaluru had evoked much fury among the public. The lady, Jyothi Uday was attacked inside the ATM and suffered critical injuries. The robber had closed the shutter of the ATM before attacking. Though his face was well recorded in CCTV Camera, he has gone untraced, even after one year of the incident. Following this, all banks had beefed up their security at the ATM and also closed ATMs located at remote places. Many banks have restricted the operation time of the ATM to daytime. Despite all the security measures, this incident shook the Capital in broad daylight.

The security guard working at Delhi ATM, who was just 28 years, lost his life. Now it is not just the ATM users who have to be careful, those working at ATMs and those who come to fill the cash are working holding their life under threat. Despite CCTV at all ATMs and armed guards being present at the ATM, such incidents are happening frequently. The incidents of robbers trying to lift ATM machines are also reported. There is an urgent need to address this issue and find solution. Making ATM Hub with better security in a closed area, installing ATMs close to Police stations would be some of the solutions which may work.