Rampal Arrest was too costly!! 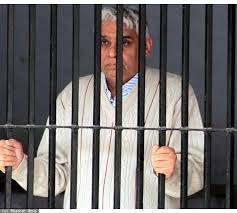 Can anybody guess how much the Government spent on arresting Rampal Baba? It is beyond anybody’s imagination. A whooping 26.6 crores is the amount the Government has spent on the operations resulting in the arrest of Rampal!

This shocking news came out from the right channel. The statistics were presented before the Punjab and Haryana High Court. Baba Rampal who was evading law had to be issued non-bailable warrant finally. This led to the police going to Rampal’s Ashram to arrest him. It was not easy for the Police as Rampal had a small army with him to protect him in his beautiful Satlok Ashram. The operation took 15 days and cost six lives. A small child of 18 months also lost its life in the operations. More than 200 people were injured. 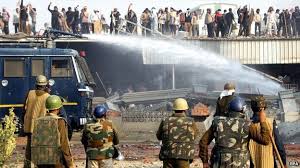 It is sad to know that taxpayers money is going into such expenses. The irony is that Rampal who had an army of armed guards could fight the police and resist them for as long as 15 days. The Ashram which thrives on 12 acre land, which is supposed to be a religious and devoted place had all types of arms. The police were attacked with petrol bombs, acid balloons and rifles. There is no answer to the question as to why an Ashram, which is supposed to be a divine place had all these arms in store? Also the question as to why the so called ‘God man’ needed arms and guards to protect him? More information about the activities that were carried inside the Ashram is awaited, and people may be in for more shocks. Keep your fingers crossed!