Big B and Aishwarya Rai Mired in Panama Controversy? 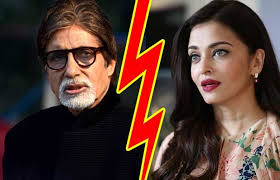 Big B and Aishwarya in controversy?

The Bachchans seem to be in controversy once again! Mr Amitabh Bachchan’s and his daughter-in-law Ms Aishwarya Bachchan’s name has cropped up in the Panama papers list. Now, one may ask what Panama has got to do with any sort of list.  The Panama paper list and its far-reaching disclosure has to do with a huge data leak at Mossack Fonseca, a Panamanian-based law firm the implications of which are resonating all over the world.  The Panama papers report is a result of a probe undertaken by the International Consortium of Investigative Journalists along with assistance from the German daily Sueddeutsche Zeitung and about more than 100 media groups.

Mossack Fonseca, the law firm involved in the present controversy used to furnish offshore companies for its global clientele of the rich and famous. The well heeled clientele could take the advantage of the guarded lax regulatory system of tax havens such as Seychelles, British Virgin Islands, Panama etc where these readymade offshore entities were based and thus invest their funds profitably. And Mossack Fonseca would help them every step all for a massive fee.

The senior Bachchan along with this daughter in law had held four and one offshore shipping companies respectively. This at a time, when the RBI did not permit Indian citizens to hold ownership in or of an overseas entity before 2003! The Bachchans just like many others in the list had floated the overseas companies much before the RBI relaxed its guidelines in August 2013 when it permitted Indian citizens to invest or establish subsidiaries through the window of Overseas Direct Investment.

The government had announced a ‘compliance-scheme’ when individuals could declare their offshore accounts and assets within a period of 90 days which got completed on 30th September 2015. This global expose has brought these names to light just within a period of six months from the completion of the above scheme. All the names in the list have been given a chance to respond.

Next Story
Bhangarh Fort: The Most Haunted Place of India

Megastar Amitabh Bachchan added a little spice to the expectations of his much awaited film Shamitabh. He revealed a small part of the...