The Bethuadahari Wildlife Sanctuary is spread over an area of sixty-seven hectares in the Nadia district, West Bengal. It is just one kilometer away from the NH-34, which is twenty-two kilometers north of Krishna Nagar. It was established in 1980, by a group of small farmers who were determined to develop a place for the nearby animals who could settle there. This wildlife sanctuary houses many Indian animals but is mainly famous as a deer park. It has a large population of Spotted Deer, the golden deer, Jackal, Bengali hyenas and porcupine, which spreads evenly over the entire land area of the sanctuary. Apart from these species, there are Indian Parakeets, Cuckoo and many other species of small birds and snakes. Some rare species of Indian crocodiles named Gharials are also living in this wildlife sanctuary. This Wildlife Sanctuary is basically a deer park where you can find various species of deer and jackals. This forest inhibits not less than a thousand deer. The very sight of the wild cats, peacocks, snakes and various other species of birds is a common occurrence for the visitors. No wonder a place with so many diversities is the perfect destination to spend your weekend. 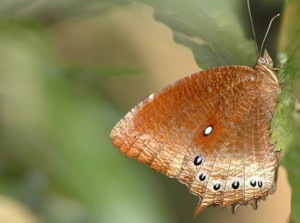 Bethuadhahari wildlife sanctuary remains open for its tourists all around the year and you can visit this sanctuary whenever you want- ‘even on short notice’.

There are well-developed transport facilities available for everybody to reach this wildlife sanctuary. You can choose to come here by road, rail or air. The nearest airport facility comes from the Netaji Subhash Chandra Airport, Calcutta. For those who want to cut short, their traveling expense can opt for local rail transportation facilities. Lalgola-Sealdah Local Passenger train is one of the best in providing top rail service in the region. Regular bus and taxi service are also available from Krishna Nagar to the Bethuadahari bus stand. And from there you can take an auto-rickshaw to reach the sanctuary.

The West Bengal tourist association has built many tourist lodges in and around the sanctuary. These accommodation facilities are very cheap and suit everybody’s pocket. One on the Raja Subodh Mallick square is the most famous for its basic modern facilities. Booking lines are open 24X7 and you can contact them whenever you want.

It is the must visit place for nature lovers, animal lovers, and wildlife enthusiasts.

Wildlife Sanctuaries in Kerala: Celebrate the Glory of Mother Nature!

The journey begins here. The paths are multifarious with lush forests, rolling hills, challenging peaks, and enchanting valleys. Feel the...

Sunderban is one of the world’s greatest estuarine forests and delta situated at the lower end of Gangetic-West Bengal. The jungle is...