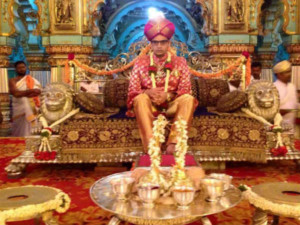 Yaduveer Krishnadatta Chamaraja Wodeyar is ascending the throne as 27th king of Mysore heritage, which is more than 600 years old. The spectacular event is being carried out at Amba Vilas Palace, Mysore, amidst all pomp and glory. The palace has come alive for the event, decked in most beautiful attire.

This historical event is taking place after a gap of 41 years. In the year 1974 Srikantadatta Narasimharaja Wodeyar had ascended the throne and he was the king till his demise on 10th December 2013. From then on speculations were high as to who will succeed the dynasty. This question arose as Srikantadatta Wodeyar did not have children and he had not adopted any child during his lifetime. Finally Rani Pramoda Devi chose Yaduveer Krishnadatta Chamaraja Wodeyar to succeed the Srikantadatta Wodeyar. Consequent to this, Yaduveer is being crowned today as the king of Mysore Dynasty. Yaduveer, belongs to the family and is the son of Rajakumari Thriupurasaundara Devi, niece of Late Srikantadatta Wodeyar. Yaduveer is 22 years old and is pursuing his studies in Economics at the University of Massachusetts. 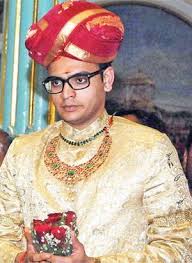 Though the dynasty is not the ruler, it is to keep the culture going. Also the Mysoreans have an emotional attachment to the Yadu Dynasty, who were the rulers of the Mysore area for long. The colourful event is attended by family members and invitees only. The Pooja and Rituals are being conducted as per the old prescribed rituals. The entire event takes few hours starting from early morning.  The public is not allowed to witness the event, however they will be allowed entry and can see Yaduveer in full glory, in the evening.

The coronation ceremony and the festivities remind one of our diminishing culture and is an opportunity to remember the lost glory. For the present generation, it is something new and unheard of as they are alien to the concept of the king’s rule. Mysore which is famous for Dussera celebrations, is now in the lime light because of this coronation, grabbing the attention of the media and the public globally. 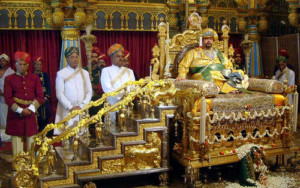 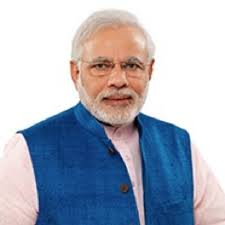 Next Story
Reptile Parks of Chennai to enjoy, for children and adults alike