Who will be the Chief Minister? 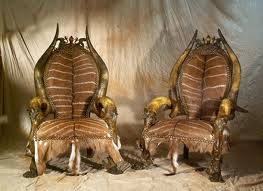 The aftermath of Maharashtra and Haryana have raised this question, who will be the Chief Minister.

In Haryana Bharatiya Janata Party has secured a simple majority and is ready to form the Government. But before that, the Chief Minister candidate has to be finalized. There are five aspirants for the post, each has a valid eligibility criteria. The BJP has to weigh the points in favour of each candidate and give out the final name.

With many aspirants eyeing the chair in both the states, it is not an easy decision for the party leaders. Talks are going on and everyone is keeping their fingers crossed to know who will be adorning the chair of the Chief Minister in Haryana and Maharashtra. The result will be out soon! We have to wait and watch!

I am a passionate writer. I write my thoughts. My aim is to spread awareness about social issues.
← Previous Story
Narendra Modi Mesmerizes again!
→

Next Story
Sakkare Holige or Sakkare Obbattu – Simplified steps for you!

After much debate and dilly dallying, finally it is Devendra Fadnavis who is ascending the throne of Chief Minister of Maharashtra....