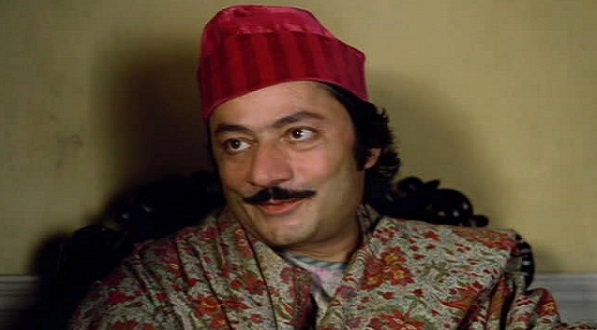 It was on Nov 14, that this man of versatile facet breathed his last. Reportedly, he collapsed at his own place following which he was taken to a London Hospital. He wasn’t strong enough to regain consciousness and it was at the early hours of the day that this man of great talents passed away peacefully at the hospital.

The official announcement came from his niece who quoted the lines, ‘Today, a generation of Jaffreys has passed away. Saeed Jaffrey has joined his brothers and sister and is rejoicing in the lap of his Heavenly Father, eternally.’

Syed Jaffrey is an Indian by birth. He was born on Jan 8, 1929 into a Muslim family in Malerkotta, Punjab. He started his career in acting from New Delhi. He started off in 1958 with a movie ‘Stalked’ and moved on to give us some great performance in Dil, Ram Lakhan, Gambler, Aunty No. 1,  and Ajooba.

Jaffrey, has been appreciated for his work across the globe. In his vast cinematic career spanning across 50 years, the man achieved some landmarks in John Huston’s The Man Who Would Be King. He also made a significant appearance in Satyajit Ray’s The Chess Players. Those of you who follow BBC know for sure that ‘A Passage to India’ happens to be yet another marvelous piece of work from the actor.

Next Story
Top 8 Places to visit in Rajasthan which every traveler should visit once..