With summer vacations just around the corner, you must be planning to spend some time with your family exploring new places. Karnataka is going to be your best companion as the place has a lot to offer from temples to beaches. Here is a small glimpse of the places to visit in Karnataka.

Though not much explored by the tourists this awesome state is often overlooked by Goa or Himachal Pradesh, but as a surprise, tourism is growing in Karnataka and people love to explore this hidden gem for the best solo travel destinations in karnataka.

Hampi, which housed the largest of the hidden gems, was the capital of the Vijayanagar Empire, has the second-highest number of monuments protected in India. The statue of Lord Gomteshwar in Shravanabelagola, the world’s largest monolithic structure, attracts tens of thousands of pilgrims every 12 years during the Mahamastakabhisheka festival.

Karnataka is rich in natural resources and wildlife, apart from its history. It has five National Parks and 25 wildlife refuges, the most famous of which are the National Parks of Bandipur and Nagarhole. Bangalore, the capital of Karnataka is known as the city of start-ups and IT businesses and it attracts thousands of visitors every year, which is also the Silicon Valley of India.

Best Places To Visit In Karnataka

A UNESCO World Heritage Site, Hampi is a beautiful town shining amidst the ruins. This location is a historical delight of travelers, situated in the sunny depth of the hills and valleys in the state of Karnataka. Hampi is the delight of backpackers and is surrounded by 500 ancient monuments; majestic temples; remnants of vibrant street markets, bastions, and treasure houses. Hampi is an open museum with more than 100 places to visit and a favorite of those who love history and architecture.

Gokarna: Nature At Its Best

Gokarna is a pilgrimage place in Karnataka and is well-known among devotees of Shiva and also a favorite destination for those who love beaches including hippies, with its unspoiled beaches and beautiful landscapes. Gokarna welcomes every year hundreds of visitors from all over the world. It is located on Karwar Coast. The other nearby beaches like Kudle and Om beach also attract visitors.

Badami: Best Place To Visit In Karnataka With Family

Badami (formerly named Vatapi) is an archeological delight owing to its beautifully built sandstone cave temples, fortifications, and carvings found in the valley of the rugged, red sandstone that surrounds the Agastya lake. Located in Karnataka’s Bagalkot district, Badami is a UNESCO World Heritage site which is the finest example of traditional temple architecture in India.

Dandeli: Adventure At Its Best For Freaks

Dandeli is located on Uttara Karnataka, on western Ghats, and lyes on the banks of the Kali River and lined with luxuriant green forests. Dandeli is known for its amazing sports and as a center for river rafting. Adventure seekers have a number of options, including mountain biking, walking, sailing, and kayaking. Another exciting item Dandeli has to offer is the Dandeli Wildlife Sanctuary. For nature lovers too, it’s great because you can see Bison and Black Panthers along with lush green vegetation.

Ramnagar: The Silk City For The Lovers Out There

Ramnagara is a favorite weekend getaway for the people of Bengaluru in the middle of the high granite hills and lush green surroundings. Anyone who likes Bollywood films will find the landscape around Ramnagara familiar because the legendary movie Sholay was shot here. The old granite formation and rocks where much of this film was shot have made these hills memorable.

Agumbe is a small place that is well known for heavy rainfall. It is situated in the Shimoga district of Karnataka. Agumbe records the highest rainfall in South India next to Mawsynram in Meghalaya. The place is rich with a variety of fauna and flora which are unique to this place. In the TV serial Malgudi Days, Agumbe served as the setting for India’s renowned fictional city, Malgudi.

Netrani Island: The Corals To Enjoy

Netrani Island is located off the coast of Karnataka, also known as ‘Pigeon Island’ near Murudeshwar. Views from above make this island look like it is heart-shaped. This island is considered to be one of the best places for scuba diving with the calm and azure waters of the Arabian Sea. This island is a famous tourist spot with the Silver Sands and the Western Ghats in the background and also as a traditional pilgrimage place.

Food To Hog On To In Karnataka

In the kitchen of Karnataka, neighbors like Kerala, Maharashtra, AP, Telangana are the ones who affect. The preferences change however from one place to another. In contrast to the other parts of Karnataka, north-Karnataka food is much spicier. In Karnataka’s cuisine, palm jaggery is an essential ingredient. Meals are traditionally eaten on the leaf of bananas.

In the Tulu language the word ‘neer’ means water. Neerdosa is made using rice, some people add coconut to this. To make the dosa, rice should be soaked overnight and ground to smooth paste. There is no need for fermentation as in other dosa forms.

Korri means Curry for Chicken and Gassi. Pieces of chicken are cooked for this curry with spices and coconut which is most opted recipe from Mangalore. This is relished as side dish with dosa, roti, paratha etc.

Another Chicken Curry style is Kundapura Koli Saaru, which is very popular in the Mangalorean Coast region. Curry gravity, along with coconut milk, is made using onion, garlic and ginger.

Another type of dosa, using chutney, is the Mysore masala dosa. Dosa is spread with red chutney and then stuffed with Alu Sabzee which gives it a unique taste. The dosa is eaten in conjunction with sambar, and chutney. Never miss Masala dosa irrespective of your choice of places to visit in Karnataka.

Allugedda is a mixture of onions, black gram, and mashed potatoes. This can be customized to make it spicy or bland or hot as per one’s requirement. Generally relished with Dosa, Roti or Paratha. This was a complete guide about various unexplored places to Karnataka and its mouth-watering food. Do visit the place and create memories for a lifetime.

With this, we end a short tour of the places to visit in Karnataka. We have not even touched the tip of the ice-berg. Lots of places, food, and adventure remain to be explored. Try it out yourself! 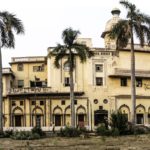 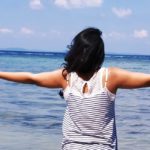 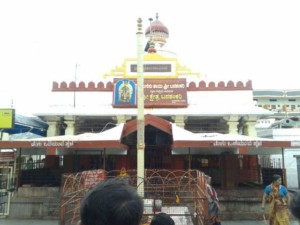 Badami- A Fascinating Site for the Heritage Traveler

As per the Hindu tradition, it is mandatory for a newly-wed couple to pay a visit to their ‘kula-devi’ or the family deity, at least... 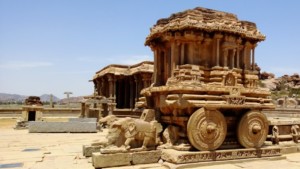 Hampi – The Magnificent Place that it was and it is!

Hampi was the capital of Vijayanagara kingdom and became famous during the time of King Krishnadevaraya. He took the kingdom to the heights...