Scheduled from March 11 to April 3, India is going to host the ICC T20 world cup in 2016. This decision was made in Dubai at ICC headquarters, where they approved the proposal. This was the first meeting held by the board in 2015. Moreover, few important decisions were made like reinstating the use of super over in case of a tie between two teams in 2015 final. This now implies that super over is being decided as the most optimal option to decide the winning of the either team. 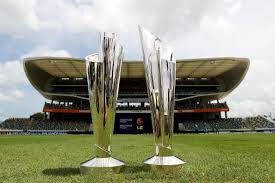 In addition to it, ICC also reformed its code of conduct and made credible changes in that. Code of conduct offenses related to slow over rates is being diagnosed so that captains are not affected by any previous slow over rate penalties or suspensions from any other ICC event. This would mean that captain will not carry any prior suspension or strikes to the world cup and would be affected only if he commits any over rate offence during the world cup. This ensures fare chances to all the captains relieving them of their past mistakes. But this does not end here! If there is any over rate strike over the captain then it will be carried to the ICC event just after the world cup. This step is made to create a better environment during the world cup.
Moreover ICC was concerned over the player’s safety after the recent death of the Australian batsman Phillip Hughes during a first class match. New British safety standards were introduced to improve the safety of the player’s in the field. Research has been made over the safety provided by cricket helmets and new design would be implemented soon. Manufacturers have adopted the new safety standards as international players are more concerned about the safety now.
No doubt these decisions make a good impact on cricket collectively and people are excited about the T20 world cup 2016.

Previous Story
Anna Harsh on Modi: Says he will be taught a lesson by people for Fraud
→