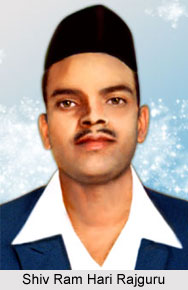 August 24th is a memorable day in the history of India. Mother India was blessed with a great son, Shivram Hari Rajguru, on this day in the year 1908.

Shivram Hari Rajguru was born on 24th August 1908 at Khed in Pune. At the very tender age, he joined the freedom movement. This happened as a chance. As per the customs, he was married at a tender age. As he felt that he was insulted by his elder brother in front of his wife, he left the house. His wandering brought him to Kashi. He was interested very much in reading and spent a lot of time reading books and listening to speeches by freedom fighters.

Rajguru happened to meet Chandrashekar Azad and from then on, he got involved in the freedom movement. Rajguru had excellent skills in shooting and archery and had perfect aims. He was an associate of Bhagat Singh and Sukhdev and a member of Hindustan Socialist Republican Army. He believed that Britishers cannot be thrown out of India through ‘Ahimsa Marg’ as believed by Mahatma Gandhi. Shivaram Rajguru believed that direct fighting is the only way to get the freedom to India. At the very young age, he discarded the routine life and dedicated himself for a cause. The Britishers became responsible for the death of Lala Lajpat Rai. Rai, who was beaten by the British soldiers, succumbed to the injuries. This irritated all the Patriots, especially Shivaram Rajguru, Bhagat Singh, and Sukhdev mainly. They planned to avenge the death and killed British police personnel J.P. Saunders in the year 1923. Rajguru was only 15 years of age when he killed Saunders.

The Heroic act and the aftermath of Shivram Hari Rajguru 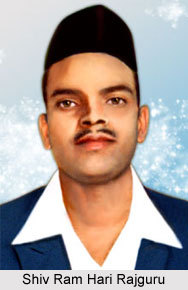 Rajguru, Bhagat Singh, and Jay Gopal were designated to shoot Scott and Saunders, whom they thought were responsible for Lajpat Rai’s death. They waited for three days in front of Mall Road Police Station to shoot Scott. Finally, when an officer came out of the station, Rajguru started shooting at him. The bullets shot by Rajguru took away the life of Saunders. Police started combing the area due to which Bhagat Singh and Rajguru had to escape to Rajkot in different guises. Thereafter Rajguru imparted his archery skills to others and traveled a lot to escape from getting caught by the police. But luck was not with him for long, he was caught and put behind bars during 1929 September.

Putting Rajguru in the jail did not hinder his activities. He started motivating the inmates and started fasting movements. Nobody could stop him. Despite knowing that death awaited them shortly, none worried about that. In fact, they were all happy to sacrifice their lives for their motherland.

Today, being his birthday, the real hero deserves a silent salute. Not only him, this is the time to salute all those noble souls who sacrificed their lives for the nation.
Jai Hind. 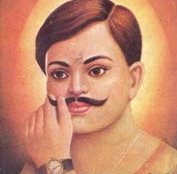 A Patriot who Lived up to his Word – Chandrashekar Azad