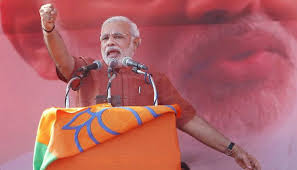 Amidst the terror attacks and disturbances, Prime Minister Narendra Modi’s Rally in J & K was held successfully. Modi addressed a huge gathering at Samba, which was held on Monday, 8th December, just one day before the third phase of polling in the State.

Modi called the people of the Valley to vote for Bharatiya Janata Party and enable them with full power. A call was also given to end the family rule and give power to BJP. Prime Minister also assured the people of Jammu and Kashmir that he will try to realize their dreams, end poverty, fight corruption and improve the state overall. He promised to bring in equality amongst all. Modi also promised to improve education system so that the people of the state don’t have to migrate for higher studies. 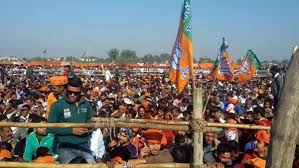 He addressed other issues of the valley such as dwindling beauty and said he would strive to bring back the old glory and Dal Lake would get its original serene look. Modi tried to capture the attention of the gathering by thanking them for the love they had showered on him and said he would return the love by developing the nation.

People gathered cheered every sentence of Modi. Security personnel were also in plenty to make the venue safe.

However, the Chief Minister of the state, Omar Abudulla, commented that people were brought by trains, for the rally and the crowd had not volunteered to attend the rally. The Congress and NC commented that there were only about 3000 people at the rally, and they were also brought in people. Saif Uddin Soz, the Jammu & Kashmir Congress Chief, declared the rally as a failure at the cost of huge money. He also commented that BJP had anticipated a crowd of over a lakh but the turnout is so poor, which is also ‘brought in’. 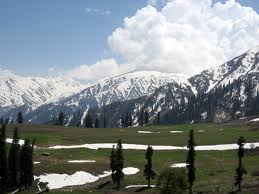 Glory will be regained?

With the third phase of Polling scheduled for 9th December, it is only a few days before one can finally say whether Modi Magi has worked in the valley or not. Keep your fingers crossed till then!