Poila Baisakh, an Advent of a New Hope

India is well known for unity in diversity. There are numerous differences which include faith, culture, food habit, mother tongue, dressing style, religious celebration, ritual, tradition and a lot many among all the states and the union territories of India. Interestingly, the populace in each of the region is usually a combination of majority of people speaking a similar mother tongue and various small sections of people with different mother tongues. Naturally, regional differences are quite visible even when various festivals are celebrated within a region. Among such celebrations one is Poila Baisakh, an advent of a new hope for Bengalis .

West Bengal, Bengalis and their Celebrations

The majority of people in West Bengal are known as Bengalis because their mother tongue is Bengali. The Bengalis of West Bengal and also those settled in other regions have various festivals such as Durga Puja, Kali Puja and many more to celebrate. That’s why it is said in Bengali: ‘Baro mashe tero parbon’ which literally means that Bengalis celebrate thirteen festivals in twelve months. The inner meaning is, Bengalis have unnumbered festivals to celebrate and for that even a year falls short. One very important occasion for the Bengalis is the Bengali New Year known as Poila Baisakh, an advent of a new hope gets celebrated with tremendous joy. The Bengalis living in other regions within India and in foreign lands too welcome the Bengali New Year with equal joy and sanctity as the Bengalis in West Bengal do.

Poila Baisakh is a time for New Hope 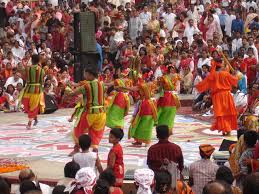 Now, what does Poila Baisakh mean? Although in India the English calendar that is the Gregorian calendar is followed for the official purpose, each and every region has its calendar. According to the regional calendar the states celebrate their festivals. Thus, Bengalis follow Bengali calendar which is almost similar to the Hindu solar calendar.

As Poila Baisakh is the new beginning so it’s the time for the Bengali households and the business sectors to do away with the old. The month of Choitro explains it all through cleaning of every house and business houses. The last day of Choitro is celebrated as Choitro Sankranti. Bengalis clean their kitchen and cook vegetarian dishes which usually include bitter gourd, raw mango and so on. 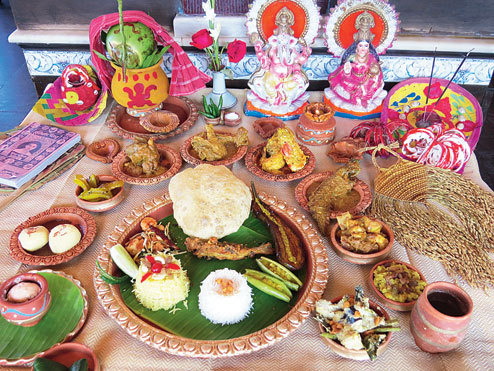 In West Bengal where Bengalis are in majority get to have a great opportunity to buy clothes, jewelry, accessories, furnishings, utensils, and all other items in a month-long Choitro Sale that offers a huge discount. This makes quite affordable for people to buy new items to usher into the Bengali New Year to deck up their houses, offices and personal wardrobes for the coming New Year. This rejuvenates the whole surrounding.

The last two days of the last month are full of celebration. One day prior to Choitro Sankranti, a festival of Neel Sasthi or Neel Puja is performed. On this day Lord Shiva is worshiped mainly by the married Bengali women for the betterment of one’s family irrespective of the area they reside in.

During this period Gajan festival is observed. It is linked with harvest festival in the rural region mainly by the people of so-called lower castes. Districts like Burdwan, Birbhum, and Bankura in West Bengal observe Gajan festival in full swing though in urban Bengal it is popular only in some parts. Lord Shiva and Dharmathakur, which is basically a shapeless stone covered with vermilion, are worshiped. The prayers are offered to have proper rain to have a good harvesting season which in turn leads to prosperity.

It also holds Charak Puja in which Charak Tree is worshiped. It is a tree trunk which has to be like a straight pole and its height must be 30 to 40 feet. Some risky acts are enacted during Charak Puja by piercing a hook in the body of the male Charak followers and tied to the tree trunk. Even people dress up as Parvati and Shiva. At night when Gajan festival comes to an end, it marks the culmination of Choitro Sankranti which draws a curtain to the existing year and announces the dawn of the Bengali New Year.

Celebrations of the Bengali New Year

It’s an age-old custom that the Bengalis greet each other by saying Shubho Nobo Borsho which means Happy New Year while welcoming Poila Baisakh. Bengalis visit temples and offer the prayer for the well-being of one’s own family and for their professional lives. Seeking blessings of the elders by touching their feet is an essential custom which is observed by the young ones with full reverence. Although it’s a tradition to wear new clothes, many do not practice it nowadays.

The traders, the shop owners, and the business houses perform a special puja called ‘Haalkhata’ with utmost sincerity. It’s the custom to close all the transaction of an account book of the previous year and open a new account book for the transaction in the New Year. Goddess Lakshmi and Lord Ganesha are worshiped for this special purpose. The priests draw a Swastik, Bengali one which looks different from the regular one, on the cover page of the new account book and is worshiped too. The customers and the clients are especially invited to the workplace to strengthen the professional bond because Poila Baisakh is an advent of a new hope.

The Bengalis always opt to buy a new Bengali panjika (almanac) to learn about the authentic dates of every festival, auspicious days and proper ways to conduct any religious rituals in the New Year.

The celebration of the Bengali New Year is incomplete without cultural programs organized by various popular groups as well as by youth clubs in different areas. Rabindrasangeet is always a part of such celebrations.

For every Bengali family, New Year is a time to hope for the best and so they try to celebrate it by having fun and feast too. Poila Baisakh, an advent of a new hope is the time for the Bengalis to gorge on authentic vegetarian and non-vegetarian Bengali dishes along with sweets made of chhana (paneer) and lal doi (a curd variety). Now, the younger generation of the 21st century sometimes switches to a new kind of cuisine and ice-creams but the fact is, the flavor of the festival remains the same. It is all about the celebration of the Bengali New Year.

Modern day lifestyle has impacted us in many ways. Still, the relevance of Poila Baisakh, an advent of a new hope has not lost its foothold among the Bengali community.