PK – What to expect?

Bollywood movie ‘Three Idiots’ was a huge success in every way and people still love to watch this comedy. The three persons behind the creation of Three Idiots, Aamir Khan, Rajkumar Hirani and Vidhu Vinod Chopra have united again to create another history with PK. 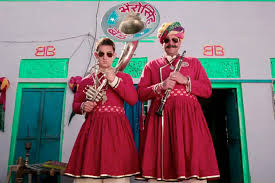 The teasers and trailer of the movie released shows Aamir khan in different costumes and it is difficult to guess what the movie would be like. Aamir plays the role of an alien and hence he is seen in all funny costumes and make up. The movie is scheduled to release on 19th December. Rajkumar Hirani is known for his talent of conveying the message with a touch of comedy. Three idiots had the same strategy, which was a huge success. Movie fans are expecting the same magic to happen again in a different way.

PK is the name of Aamir Khan in the movie, but what it is exactly is a strictly kept secret. Aamir will be seen in nine different looks in the movie. Anushka Sharma is playing the heroine for Mr. Perfect in the movie. Sanjay Dutt is making a special appearance in the movie. Others in the cast include Boman Irani and Sushant Singh Rajput. Another interesting fact about the movie is that Aamir’s son Junaid has worked in the movie as a director. Junaid who is just 17 years, is making his debut as director. The movie’s satellite rights were sold for a whopping 85 crores and the expectations at the box office in India is said to be around 300 crores. The nude photo of Aamir with a transistor had created rage when it was released. Now the transistor, which Aamir had held, is in great demand. 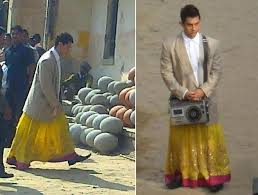 With very few days left for the release, the PK team is busy in promoting the movie. With so many surprises stored, the movie has already created much expectations among fans. December has been the lucky month for Aamir and expectations are that it will come true for PK also. Fingers crossed till 19th December!

Next Story
GOSF is here! Grab the Opportunity 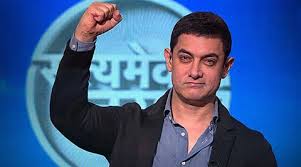 Celebrities getting into controversies and making controversial statements is not new. It is uncertain whether they make such statements...