OBAMA ALL SET TO VISIT INDIA THIS REPUBLIC DAY 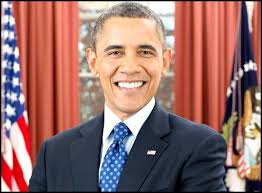 US President Barak Obama will land in India for a three day visit which will last from January 25 to 27. His prestigious and highly secured plane, Air-Force one will land in Delhi on Sunday 25. He is invited as the chief guest for the Republic Day Parade and he will be coming with his wife Michelle.
There is a long list of events planned for his visit and no doubt he will be undergoing a tight schedule. He will be having bilateral talks with Prime Minister Narendra Modi. A round table conference with CEO’s is also planned. Sources have revealed that Obama may visit Taj Mahal on January 27 before flying back to the USA.

As far as security is concerned, each and every thing is taken care of. Intelligence agencies have already warned about the threat induced to both Modi and Obama. Therefore a final security meeting is planned this Friday to eradicate all the loopholes and provide absolute security without discrepancies. He will be staying at the ITC Maurya Hotel during his visit. CCTV cameras are installed near Maurya Hotel which sustains the capacity to provide 36x zoom to determine the potential threat. Nearly 500 US secret service agents will keep a hawk eye on the place. You can have a wild guess about the precautions intelligence agencies are taking as they have asked to be careful about the flower pots as bombs can be planted anywhere. Agencies are leaving no stone unturned to seek out the potential threats to the heroes of both nations. A senior police officer said that US secret service agents will seal the Maurya Hotel from January 20 till his departure from the place. Commandos, snipers, paramilitary and other forces are employed to grasp the maximum security during Obama’s visit.
Collectively, Obama’s visit to India is going to be highly secure and safe throughout.

Previous Story
Badami- A Fascinating Site for the Heritage Traveler
→

Next Story
Jaya Bacchan to Counter Modi in Varanasi

As US president Obama steps into the Indian soil with his Air Force one, a fresh start in the bilateral relations between the two nations...