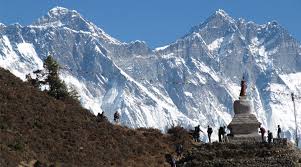 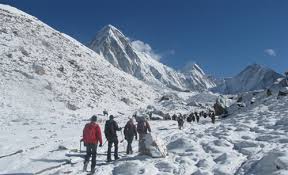 Nepal Government closed off Mount Everest for mountaineers to scale following the death of 22 climbers from an avalanche. The avalanche was triggered as an aftershock of the earthquake on April 25, which is the deadliest natural disaster to have befallen the country ever. The death toll has crossed the 6,000 mark.

22 climbers were killed in the avalanche as the snow spurted down the 8,848 meter high mountain range, and many others were left stranded at the Everest base camp. The decision of the government to close the mountain peak for climbers has led to disappointment of many mountaineers who had planned to scale the highest peak in the world. The expedition does not come cheap, and so the climbers feel truly dejected to have invested a huge amount of money to make an attempt to reach the highest point of Earth only to have their opportunity taken away from them.

Bachendri Pal, the first Indian woman to climb Everest, said that it is truly sad for Indian mountaineers. This is because getting sponsorships and generating funds for the Everest expedition is quite difficult, which results in many of the determined and daring climbers having to take huge loans or even selling off some of their property in order to get the necessary financial deposits. The cost can go up to 30-35 lakhs. Mountaineers’ disappointment with the government’s decision, therefore comes as no surprise.

However, the government cannot be blamed at all for their decision. Their main priority as of now is the safety of people, and in the wake of recent events, the government can surely be excused for taking every precaution possible. The climbers now only hope that they would get the clearance soon, and that if they miss out on this season, their permit could be carried forward to the next season.

Next Story
Places to visit in Daman and Diu 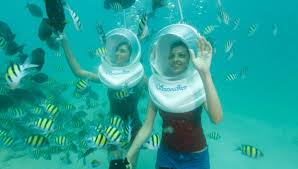 Things to do in Andaman & Nicobar

India is endowed with varied terrain and topography. Lofty mountain peaks, deserts, sea beaches or islands- India has it all. Andaman and...