Madurai – a city with cultural extravaganza and an unique night life

Looking for a typical town with a modern twist? Rich food and culture on the side? Look no further than Madurai.

Madurai is a Southern city in Tamil Nadu that is known for its Hindu mythological value and also various food items. This post covers the areas you should visit when you go on that South Indian tour.

By train and by road, Madurai is very well connected with the rest of Tamil Nadu and parts of Kerala. For anyone from outside the southern side, you should connect from Chennai, whose Koyembodu Junction is the starting point for buses. By flight, it is possible to reach within 12 kms of the city and then take a taxi.

As was previously stated, Madurai is known for its mythological importance in Hindu religion. Madurai has the world-famous Meenakshi temple. It is known for its gateway towers that reach skyward, and for its deities and sculpture work. The thousand pillar hall is another hallmark of this place and must not be missed. The sheer vastness of the hall is only overshadowed by its sculptures on these pillars.

An ideal time to visit would be April-May since the festivals are full fledged in the temple grounds at this time.

The palace of the Queen Mangammal has now been chosen to house a Gandhi Memorial Museum. It houses paintings, photos, books, and manuscripts related to Mahatma Gandhi. Room after room of historical significance really talks more about Gandhi than reading about him in a book. It also contains the blood stained garment that he wore during his assassination.

The city that never sleeps

While night life has sprung up in major metropolitan cities, Madurai was always one of the ancient places that had a night life even before that. The night life here is different, in the sense that it is a more culturally oriented nightlife. The Tirumalai Nayak palace is one such place that hosts light shows in the corridors along with a history tour of the palace. This is located very close to the Meenakshi Temple (just 2 km) and can be reached after an evening temple darshan. The Meenakshi Temple itself is a great nightlife spot for its magnificent lighting and the stalls around it that sell chai, bajjis, and idlis at night.

One day has to be allocated for enjoying the southern delights that the city has to offer you. Jigarthanda is a special delight of this place and can be spotted in almost every street. Though, if you want to taste the real Jigarthanda, you have to go to Famous Jigarthanda stall. The shop may look modest with a very small physical presence but grab a glass and you will think different in two minutes.

Murugan Idli Shop is another famous eating place in Madurai. As the name suggests, they are mostly an expert in Idlis but they have also started offering other items like dosa, vada, etc. to make it a full fledged restaurant. If you want delve deeper and taste some delights that only locals know about, well, go on to the Idiyappam shop in Vilakathi thoon (or Vilakkuthoon). Yet another famous lunch spot is the Sri Ram Mess in Kaka Thoppu Street. 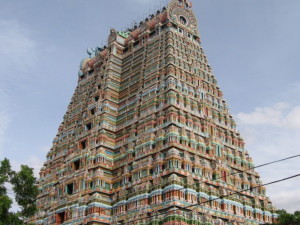 Tiruchirapalli or Trichy – The city of Forts and Temples beckons you

Tiruchirapalli is a South Indian city which is famous for the temples and forts. The town is known for its National Institutes of...