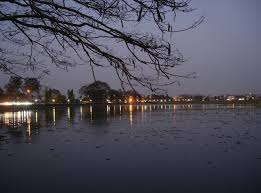 Kolhapur is a city with t 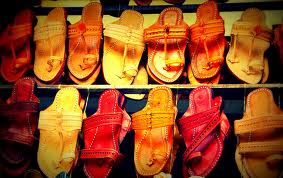 he perfect blend of nature, history and culture along with religious significance and with a touch of modernization. Kolhapur city is the true religious and historical pride of Maharashtra. Also known as town of Mahalakshmi, the city is gifted with temples of archeological value, forts and monuments along with natural bliss of gardens and lakes. Kolhapur city is famous worldwide for Kolhapuri Chappals, Kolhapuri spices, jaggery and famous Kolhapuri cuisine Kolhapuri Rassa and Kolhapuri missal. 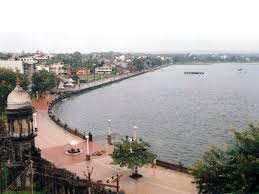 Historical city of Kolhapur is located in the southwest part of the Indian state, Maharashtra. Nestled in the foothills of Sahyadri Mountains and on the banks of the river Panchganga, Kolhapur is a city with lots of tourist places.

Kolhapur has its significance since ancient times when Goddess Mahalakshmi made this city her abode and also for its historical importance as the city was ruled by the King Bhosale Chhatrapati of the Maratha Empire. Thus, listed below is the famous sightseeing spot which boosts the Kolhapur tourism. 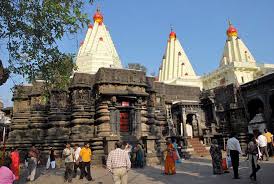 Temple of Goddess Mahalakshmi is the prime focus of Kolhapur sightseeing. It is because of the temple that millions of pilgrims and tourists come every year to seek blessings. The temple is one of the Shaktipeeth of India. The idol of Goddess is made of precious stone. Kolhapur is blessed with its rich cultural heritage and prosperity because of the Goddess. 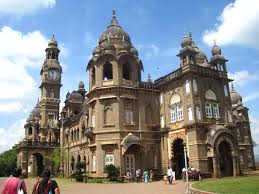 The palace museum showcases many unique and historical items during the time of Chhatrapati Shahu. Along with Maratha archaeological traits of the museum, there are various ancient coins, paintings, stuffed animals, furniture, guns, arms, etc. the museum also has a small zoo along with it.

Ranakala Lake is one of the pleasant places in Kolhapur. The lake has a good panoramic view of the city with a beautiful garden around. One can go for a leisure stroll in the evening to enjoy the view of the lake. Shalini palace located facing the lake is another attraction along with good food stalls nearby. 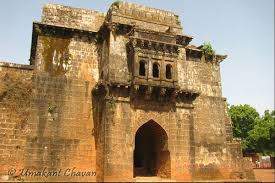 Panhala fort is one of the important forts of the Deccan with historical significance. It’s one of the pride of Maratha Empire and a cool place to visit in Kolhapur apart from the temples, museums and gardens.
There are various other places like Siddhgiri museum, Jyotiba temple, Dajipur wildlife sanctuary, etc. to visit once in Kolhapur, Maharashtra.

Climate of Kolhapur is suitable to visit in any time of the year, though winters are more pleasant here.

Since Kolhapur is one of the tourist destinations of India, there are many hotels, lodges etc. available here. Hotel Maratha Regency, hotel Landmark, hotel Atria, Hotel Raysons Regency, etc. are few of the names.

1. By road: Kolhapur is well connected with roads as it is situated on the National Highway No.4 and the city is accessed with all means of road transport like buses, rickshaws, cars etc.
2. By rail: Kolhapur railway station is well connected to all the important cities of Maharashtra and India.
3. By air: Kolhapur airport is connected with daily flights to Mumbai.
Kolhapur, a city with true joy and spirit of culture and modernization, is thus a great boost for Maharashtra tourism. The place is worth visiting and attracts all category of people.

Previous Story
Mangal Pandey – The Hero of the Indian History
→

Next Story
सच्चा मित्र वही जो समय पर काम आए!!! A friend who stands by you in dire need, is a true friend indeed!