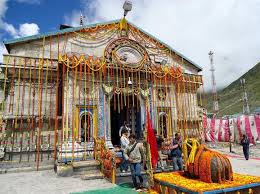 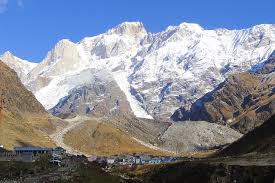 Kedarnath is one of the abode of the Char Dham yatra located in Uttarakhand. Kedarnath is famous for its religious and legendary beliefs and is also considered as Lord Shiva’s abode and hence the place Kedarnath is named after Lord Shiva. Kedarnath is a beautiful package of serene view with snow clad mountains and river flowing along with the legendary importance of the place.

Kedarnath is a small ancient town in Rudraprayag district in the state of Uttarakhand, India. It is located in the Himalaya’s at the height of 3,583metres above the sea level with the river Mandkini near to it. The peaks of the mountains are always snow-capped. 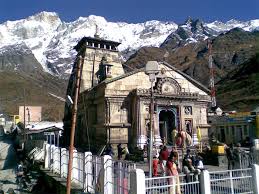 Kedarnath temple is what makes Kedarnath and Uttarakhand tourism gain more tourists and devotees. Temple of Kedarnath is dedicated to Lord Shiva and has ancient significant importance. According to the legend, it is said that temple was built by the great Adi Shankaracharya and the temple existed even during the times of Mahabharata. Pandavas came here to worship and please Lord Shiva after the war of Mahabharata as they felt guilty. Temple has sections like Garbhagriha, Mandapa, and a stand. There’s a Nandi statue in front of the temple and opposite to the shrine which is carved out of the stone. Due to the extreme weather conditions, temple opens in the month of April or May and is closed after a day of Diwali.

Good news for the devotees of Kedarnath temple is that there are various helicopter services available to make the trip to the snow clad mountains easy. Daily Kedarnath helicopter service has started from Phata and Agastya Muni to Kedarnath.
• By roads: There are various buses and private vehicle option available by Uttarakhand transport to reach Kedarnath.
• By rail: Nearest railway station to Kedarnath is Rishikesh and Vidarbha stations, which connects well with other station in Uttarakhand and other few cities of India.
• By Air: Though there are no regular flights to Kedarnath, the nearest airport to Kedarnath is Dehradun airport.
Kedarnath is a must to visit, once in Uttarakhand to explore the beauty along with the blessings of Lord Shiva.

‘Haridwar’, the name itself refers to the significance of religious and legendary tales. The place is known as one of the holiest place... 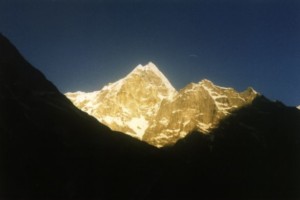 GANGOTRI Temple: ONE OF THE PRIDE OF UTTARAKHAND

Gangotri is one of the places with religious significance combined with the natural beauty. Gangotri gets all the importance as it is the...