Imperial Martyr’s: Those Who Fell For Honor 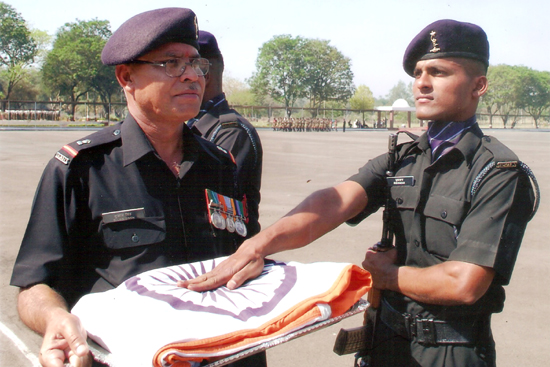 Close your eyes for a while and feel the independence which you breathe in every second on this holy land. Feel the secured surroundings which you live in. We are assured of our safety since there are eyes looking after us in hot deserts and freezing snow. They are the armed heroes to whom we show our respect, and then come the martyrs of India, to whom we owe our lives to.

There were some brave citizens of India who fought for its integrity and died saving it. These extraordinary men were ordinary like us but their efforts made them more of what they were. Their immense sacrifice is always noted whenever there is a talk about a few good men. Death is sweet, and it becomes sweeter when it comes in this way saving lives of the fellow countrymen. Real Bharat feels honored to present you a brief description of the few heroes who died saving the mother nation. 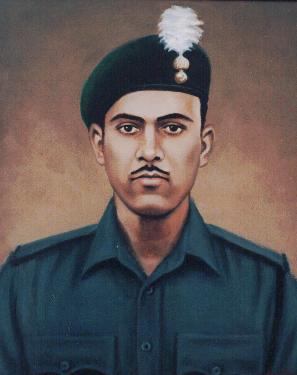 Most of you must be knowing what PVC stands for but for those who don’t, it means Param Veer Chakra. It is indeed one of the biggest bravery awards presented to a soldier and Abdul Hamid deserved every bit of it. Param Veer Chakra is India’s highest military decoration and he received it posthumously. Veer Abdul Hamid was involved Sino-Indian War and Pakistan – India War of 1962 and 1965 respectively.

Born in the Dhamupur village of Ghazipur, he joined the Indian army in 1954. His father was a tailor by profession. At the age of 20, he joined the army and was posted to 4 Grenadiers company post training. He was involved in the battle of Thang La in 1962 but the results of the war were disappointing. After this, his company was involved in the battle of 1965 when Pakistan tried to intrude into the Rann of Kutch. He was assigned the duty of carrying an anti-tank detachment as he was well aware of handling the anti-tank gun.

On 8th September, Abdul Hamid was assigned the duty to tackle the tanks which were coming towards them. Sneaking through the big sugar cane crops, he was able to hide his jeep in the midst of war and in a stealthy attempt, he managed to destroy 4 enemy tanks and four were abandoned by the Pakistani soldiers. Considering his bravery, the citation for Param Veer Chakra was sent which read as follows:
At 0800 hours on 10th September, 1965 Pakistan forces launched an attack with a regiment of Patton tanks on a vital area ahead of village Cheema on the Bhikkiwind road in the Khem Karan Sector. Intense artillery shelling preceded the attack. The enemy tanks penetrated the forward position by 0900 hours. Realising the grave situation, Company Quartermaster Havildar Abdul Hamid who was commander of an RCL gun detachment moved out to a flanking position with his gun mounted on a jeep, under intense enemy shelling and tank fire. Taking an advantageous position, he knocked out the leading enemy tank and then swiftly changing his position, he sent another tank up in flames. By this time the enemy tanks in the area spotted him and brought his jeep under concentrated machine-gun and high explosive fire. Undeterred, Company Quartermaster Havildar Abdul Hamid kept on firing on yet another enemy tank with his recoilless gun. While doing so, he was mortally wounded by an enemy high explosive shell.
Havildar Abdul Hamid’s brave action inspired his comrades to put up a gallant fight and to beat back the heavy tank assault by the enemy. His complete disregard for his personal safety during the operation and his sustained acts of bravery in the face of constant enemy fire were a shining example not only to his unit but also to the whole division and were in the highest traditions of the Indian Army.

On 10th September, the Indian army was under heavy enemy shelling and there were air attacks through Pakistani saber jets. Abdul Hamid successfully destroyed two more tanks that day but unfortunately, he was cited by one of the tanks. There was a very small distance between Abdul Hamid’s jeep and tanks and both fired upon each other. Abdul Hamid’s brave story ended here but it encouraged his battalion to fight with high spirits. A mausoleum was constructed to cherish his legacy and a dispensary and school were opened in his name to honor him.

Some people live for others and cherish their living even after they are gone. Major Sandeep Unnikrishnan was one among them. He was an NSG commando and carried out many crucial operations one of which was operation Black Tornado during the 26/11 Mumbai attacks. He was awarded India’s highest peacetime gallantry award, i.e. Ashoka Chakra posthumously. Citation on Ashoka Chakra read as:

‘Major Sandeep Unnikrishnan led the commando operation launched on 27th November 2008 to flush out terrorists from Hotel Taj Mahal, Mumbai in which he rescued 14 hostages’. During the operation, his team came under intense hostile fire, in which one of his team members got grievously injured. Major Sandeep pinned down the terrorists with accurate fire and rescued the injured commando to safety. In the process, he was shot in his right arm. Despite his injuries, he continued to fight the terrorists till his last breath.

Major Sandeep Unnikrishnan displayed most conspicuous bravery besides camaraderie and leadership of the highest order and made the supreme sacrifice for the nation.

A multi-talented man, his journey started from NDA (National Defense Academy). He is remembered as a selfless and calm person and this trait was equally reflected during his last few moments when he said to his men “ Don’t come up, I’ll handle them”. He worked in various regiments and finally was assigned to the brave squad of 51 SAG, NSG.

During the 26/11 Mumbai attacks, 51 SAG was engaged with the terrorists when everything else seems to fail. Major Sandeep was the commander of the squad, which was meant to rescue the innocent people stuck during the attacks. He entered the Hotel Taj Mahal along with a group of 10 commandos and sensed that the enemy was present at the third floor of the hotel. His fellow commando Sunil Yadav was severely injured during the counter-attack by the terrorists and Major Sandeep managed to get him out of danger. Major Sandeep leading his men thrashed the enemy from the third floor but was fired upon from the back. He was injured, but he kept fighting and soon this brave soldier was overpowered by the terrorists and this led to his sad demise.

He was paid homage all over the country and thousands of people assembled near his house to mourn his death. Later he was awarded the Ashoka Chakra posthumously. 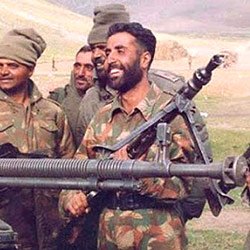 Captain Vikram Batra was involved in the Kargil war and played a crucial role in capturing various mountain peaks one of which significantly known as the “Tiger Hill”. Popularly known as “Sher Shah”, he was very efficient in high terrain missions and his success led him to crave for more.

Captain Batra joined the Indian Army in 1996, and at the age of 24, he was sent to the Kargil sector where the Pakistani army has attacked. He was first asked to capture the peak 5140 which was at the sheer altitude of 17,000 feet. He successfully got to the top and got seriously injured in the run, but this wasn’t it. He moved on to kill Pakistani soldiers and captured the peak along with a heavy anti-aircraft gun. He continued his victory mission and captured peak 4875 and 4750 subsequently. But unfortunately, he was killed by an enemy bullet during the struggle of peak 4875. No doubt, it was the toughest climb with the steep angle of 80 degrees, but Captain Vikram Batra and his men made it possible.

He is also known for some famous bravery acts he did during the war, one of which includes rescuing his injured fellow men and when he asked to continue fighting Capt. Batra replied, “tu baal-bachedaar he, hatt ja peeche”. After capturing the peak 5140, a victory message “ Ye dil maange More” was sent by Captain Batra to his commanding officer reflecting his urge to move on.

He was awarded Param Veer Chakra posthumously and its citation read as:

During ‘Operation Vijay’, on 20 June 1999, Captain Vikram Batra, Commander Delta Company was tasked to attack Point 5140. Captain Batra with his company skirted around the feature from the East and maintaining surprise reached within assaulting distance of the enemy. Captain Batra reorganized his column and motivated his men to physically assault the enemy positions. Leading from the front, he, in a daredevil assault, pounced on the enemy and killed four of them in a hand-to-hand fight. On 7 July 1999, in another operation in the area Pt 4875, his company was tasked to clear a narrow feature with sharp cuttings on either side and heavily fortified enemy defenses that covered the only approach to it. For speedy operation, Captain Batra assaulted the enemy position along a narrow ridge and engaged the enemy in a fierce hand-to-hand fight and killed five enemy soldiers at point blank range. Despite sustaining grave injuries, he crawled towards the enemy and hurled grenades clearing the position with utter disregard to his personal safety, leading from the front, he rallied his men and pressed on the attack and achieved a near impossible military task in the face of heavy enemy fire. The officer, however, succumbed to his injuries. Inspired by his daredevil act, his troops fell upon the enemy with vengeance, annihilated them and captured Point 4875.

Captain Vikram Batra, thus, displayed the most conspicuous personal bravery and leadership of the highest order in the face of the enemy and made the supreme sacrifice in the highest traditions of the Indian Army.

A short film on Youtube is also uploaded showing his valor and bravery. In the film LOC Kargil, actor Abhishek Bachchan played the role of Captain Batra. https://www.youtube.com/watch?v=zImHyTyYhM8

These were few among those who died saving our nation and not only them, there are thousands of Indian Army Heroes who play with bullets and often lose their lives for this country. They are the “ Amar Jawaans” and we Salute their Bravery.

Next Story
Top 7 Places to Visit in Yercaud : A Perfect Getaway in the Eastern Ghats