Meet the Ignored achievers who didn’t get what they deserve :( 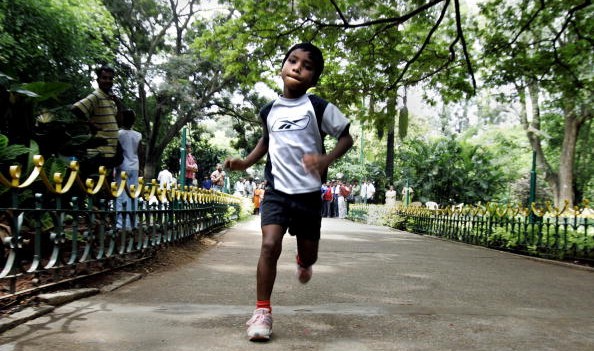 Rewards and awards boost the confidence of a person. They are the best motivation for a person to achieve much more. While many achievers are awarded, rewarded and recognized, some get neglected so much that they are not even exposed. Despite being great achievers, these ignored achievers do not surface up and remain behind curtains. Not just that, they get deprived of all the facilities that an achiever is entitled to. This is not just limited sports person, it is also the case with scientists, administrators, soldiers, freedom fighters and many such people. Much hue came out when Sharapova said she does not know about Sachin Tendulkar, but nobody talks about our own talents who meeting apathy and neglect!! 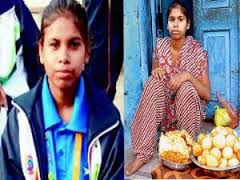 At the age of 15 years she won Bronze medal in Special Olympics. She made her mark in 200 meter and 600 meter races. This was way back in 2011. Sita Sahu, who achieved this is today struggling to make both ends meet. Her condition is so pathetic that she sells Pani Poori to survive. This star from Madhya Pradesh has not got encouragement either by administrative bodies or sports lovers. 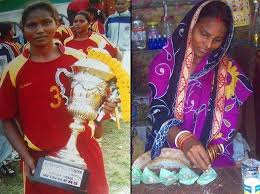 Rashmita Patra is yet another sports achiever who could not get the spotlight. Rashmita hails from Odhisha and is a Football Player. She has represented in Junior and Senior levels, yet she was not recognized by anybody. Presently she sells Pawn to make the ends meet. Rashmita comes from a labourer family and could not pursue studies as she concentrated on Football dreaming of making it big in the sports. Despite showing her talents, she did not get proper encouragement. Lack of recognition and her poverty have forced her to take up to earning money for livelihood.

In both these cases, these ignored achievers come from financially poor background with not much education. But those who are well educated, well placed and have proved their mettle have also not been supported by the System and the society. There are hundreds of people who have suffered under various circumstances. A few glaring examples are here. 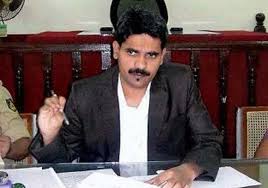 D.K. Ravi, the brilliant officer, who came from rural background, struggled real hard way to make it upto IAS. After becoming successful, he did not dream of making money for himself. He worked for the poor and needy, listened to them, helped them to the best possible extent. His actions benefitted the government as he zeroed in on tax defaulters and made them pay tax. Despite his sincere and efficient, he died at a very small age of 32 years, under mysterious circumstances. Is this the reward a honest officer gets in India? 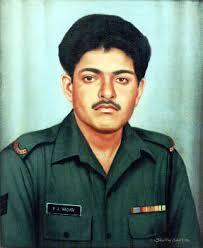 Terrorism is one of the major issue which is shaking the world. The terrorists indulge in various destructive activities to induce terror among public and bomb explosion is one of the main destructive activity. Whenever a bomb is placed in public place and if it is detected before explosion, a squad is called to diffuse that. They play major role in protecting the public property and lives. Kishan Lal is one such person who has prevented many bomb blasts. He was such a sincere worker that he did not care about himself while diffusing and even got hurt while on work. But his efforts were not given much recognition. The ‘Chacha Bomb Squad’ of Punjab police died in 2006. He has saved many lives and much property but his work did not get deserved recognition.

There are stories of people being ‘punished’ in different ways for being honest!! Yes, many have got punishment for being non-corrupt, honest and efficient.

While D K Ravi died under mysterious circumstances, some were lucky enough to escape death, but had to suffer in different ways. Raju Narayan Swamy is one such sincere District Collector who had all the qualities that were not tolerated by the system. He was transferred in short intervals and sometimes demoted to junior posts. This way of punishing is nothing but mental torture to an honest officer. It brings down his confidence and will power to fight for the right cause. 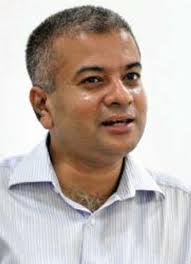 The history of ignoring people who have done much to the nation or for a social cause is nothing new. The story of Ram Milan Sah is more disgusting. He was a Second World War fighter and was also associated with Netaji Subhash Chandra Bose. Despite this, the Government did not feel he deserves a Freedom Fighters pension. This hero who has won several accolades had to sell pawn for meeting his basic requirements. His case was recommended several times for grant of pension, but the concerned authorities ignored his case. Result was this person who fought wars died in April 2014, at the age of 94. He had to struggle during his last days even for food.

There are many people like Shankar Lakshman, the Hockey player, who was the recipient of Padmashri and Arjuna awards, who succumbed to poverty. Nisha Rani Dutta, the Archer, has almost been forgotten by people also. She was the winner of Silver Medal in South Asian Federation Championship, 2008. Due to lack of recognition she could not pursue her skills in Archery and had to give it up in search of livelihood.

The list can go on and on. Many people who were ignored have given up their lives like Rajwinder Kaur. Some have given up their dreams and struggling to make the ends meet. Wish every sports achiever will get as lucky as our cricketers  and able administrators will get a free hand to exercise their powers. Long way to go I guess!!

Previous Story
Famous Places in India : Feel the Pulsations of Nature and the Profundity of Culture
→