Hudhud Hurricane – The After Effects 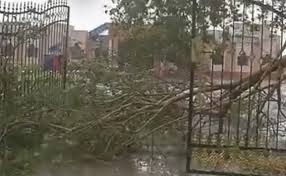 Hudhud hurricane which had created panic before arrival has hit the coastal areas as expected. Andhra Pradesh and Odhisha were the states which were most affected. Odhisha was expected to be hit first, but the hurricane changed the course and hit Andhra Pradesh first. The hurricane touched the coast at a speed of 200 Kilometers per hour. Though preparations were done to reduce the harms, it has left its mark. Four lakh people were evacuated from the path of cyclone and were shifted to safer places. But property could not be shifted, which have suffered much due to the hurricane.

Vishakapatnam in Andhra Pardesh started feeling the effects from the midnight of Saturday, 11th October 2014. The rains and storm continued till 9 am on Sunday, which left a devastating effect. Trees came down, electrical poles, telephone poles fell down at many places. Lot of damage was caused to the property, though the loss of life was reduced to six. Two people were killed in Odhisha and four people died in Andhra Pradesh due to Hudhud cyclone. 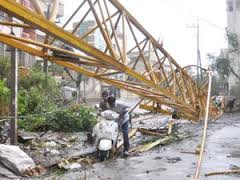 Much damage was prevented by cancelling trains and buses. Flights were also cancelled as a precautionary measure. Many buildings in Vishakapatnam were damages either partially or completely. Vishakapatnam Airport is completely damaged and takes several days to restart. Uttarpradesh, Chattisgarh, Madhya Pradesh and Jharkhand also had heavy rains, which was the effect of Hudhud.

Though the hurricane played wild for few hours, the areas which were affected need lot of time to return back to normal state.  Prime Minister Narendra Modi has assured all the possible help and is making a visit to the places affected on 14th October, 2014. More relief is expected from the central Government to the affected states. 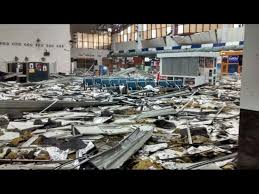 Next Story
Appi Payasa or Happala Payasa – Simple Steps to Make it the Right Way!