Female Infanticide in India – Is It Alarming? 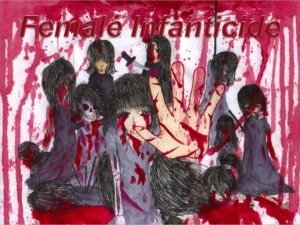 It is alarming fact that male female ratio in India is dropping every year. There are only 914 females for every 1000 males as per the 2011 Census statistics. This is an alarming ratio and it is time to understand the implications and take action to set that right.

The male-female ratio should be a balanced one among all heterosexual animals. Here we are focusing on Male-female ratio of the population. This is all the more important in human beings as we are bound by the institution of marriage. Biologically, every male needs a female. If this need is not fulfilled, many more severe problems, including crime will shoot up.

Reasons behind Female infanticide in India

The cultural and traditional importance for the need of a male child, especially in India is the major reason for the cause of the imbalance. Many people opt for female infanticide. They get to know the gender of the baby before birth through an ultrasound. Many couples opt for terminating the pregnancy just because the fetus is a female. There are also instances where the female infant is killed by the parents or grandparents.

This practice took shape because of the existence of the dowry system in the society. A father was expected to fulfill all the needs of his son-in-law for marrying his daughter. This evil has become so prevalent that scared of the marriage expenses, people started opting not to have daughters. This is prevailing even now in rural sides.

Though there is a legal ban on sex-determination tests, many medical practitioners and laboratories do it unlawfully. According to law, termination of a pregnancy can be done only for medical reasons. To be clear, only when the fetus is not properly formed, has a genetic disorder or posing a threat to the mother. In such cases, medical termination of pregnancy can be carried out by a licensed medical practitioner. This is rarely followed. Abortions are done indiscriminately for money. With just a few hundreds of rupees, abortions can be got done. They are also carried out by quacks who have less ability. Despite a considerable number of deaths resulted from such abortions, people continue to do so.

Awareness should be created among the rural population about the effects of imbalances of male-female ratio. They should be made to understand procreation is a biological process for which both male and female are equally important. The superstition tag that only sons carry the name of the family should be overcome. Only then this problem of female infanticide in India can be solved.

Educating the female children is another important step in achieving this. It is high time to remove the disparity between sons and daughters and give them equal status. This helps in creating a balanced society in many ways.

Next Story
Significance of worshipping Tulsi – Science behind rituals Part – 4