Enter into the secret unknown historical places in Delhi…..

Traveling to Delhi? Have already seen all the popular tourist attraction or want to explore something new? If you want to explore Delhi off the beaten paths, then, worry not this article will help you navigate between the ruins of once glorious dynasties and hidden treasures in this populous city.

Delhi is a survivor, it has been the seat of power since times immemorial. Dynasties have come, ruled and then vanished into the sands of time. Yet the city has continued to flourish and transform itself with time irrespective of the ruler. It has witnessed the rise and fall of many dynasties like Lodhis, Slave, Mughal and British. There are many historical places in Delhi apart from the mainstream popular tourist attractions.

So get ready to discover these forgotten buildings camouflaged amidst the growing city. 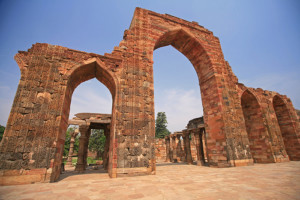 Mehrauli is a large urban village which boasts of ancient monuments dating back to the 13th century. Mehrauli was founded by Tomar Rajput of the Rajputs. Later it was ruled by  the Slave dynasty and  Lodhis. The Qutub Minar Complex is nearby which houses the Qutub Minar and Quwwat Ul Islam Mosque. The Qutub Minar Complex was declared as UNESCO World heritage site. There are many long forgotten historical monuments scattered around the complex. Some of the them are Zafar Mahal, Jahaz Mahal, Madhi Masjid, Gandhak-ki-Baoli, Hauz-i-Shamsi etc. Zafar Mahal was used by the Mughals as an escape from their urban life.  However, the modern buildings and shops have sprawled around them making them difficult to locate or identify.

If you are wondering what a “baoli” is, it is a man made water tank. All these medieval dynasties had built a nexus of underground springs and baolis  to harvest the rain water and ensure water supply to their respective capitals.  Most of them have been destroyed or lie in ruins. Yet, enough of them survive to leave you in awe of the architectural capabilities of our predecessors.

The most popular baolis are:

Located on Hailey Road near Connaught Place this baoli is located in downtown Delhi encompassed by shopping malls and offices. This 108 step baoli , with three levels deep was rebuilt by the Agrawals in 14th century. Locals believe that it has been around since the period of Mahabharat. Experience few moments of calm in the middle of this bustling city. 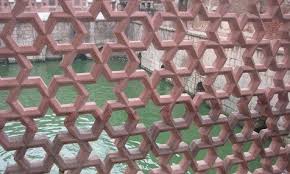 This baoli was dedicated to the legendary sufi saint Hazrat Nizamuddin. Once in ruin, it was cleaned and rebuilt by the Delhi administration in 2009. It is one of the only active baoli with working underwater spring.

Located near the Bada Darwaza of the Purana Kila, this baoli  has 89 steps partitioned by 8 landings.  This baoli boasts of originating from the period of Mahabharat. Locked up for the safety of the citizens and the monument itself, it will surely amaze you.

Some of the other baolis that you will find scattered throughout the city are as follows: 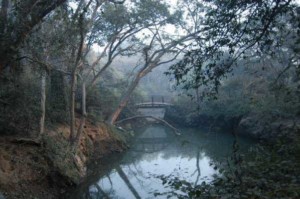 Delhi apart from being the capital of British India, it was also at the center of the mutiny of 1857. Some of the historical places in Delhi have witnessed bloodshed and battle during the mutiny of Indian sepoys against the British regime. Khooni jheel is a small lake or can be called a pond. Located in the Kamla Nehru Ridge, here dead bodies of rebels were dumped by the British. And likewise,  British soldier’s  dead bodies were also dumped here by the rebels. Apart from the blood stained history, a number of drowning incidents over the year have contributed to the ghost stories about the lake. But these stories only make it more interesting. Isn’t it?

Khooni  Darwaza is located on Bahadur Shah Zafar Road across the Feroz Shah Kotla ruins. The gate has gained its name from the bloodied history. During the mutiny of 1857 Emperor’s three sons were murdered after surrendering by the British Soldier  William Hudson. According to the locals, this place has more bloodied history dating back to the time of Jehangir and Aurangzeb.

If you want to view more historical places in Delhi that tell tales of the gory battles of 1857 then head to Kashmiri Gate where you can still see bullet marks on the wall. There are also other buildings like  Mutiny memorial and Coronation park.

So, go ahead and discover these hidden gems or better, lose yourself in these forgotten monuments – a testimonial of India’s rich heritage.

About the Author / debanjana haldar

Traveling, baking, reading, writing and music are my passion. With a keen eye and open mind I like to explore new lands, new culture, meet new people and make new friends.
←

Next Story
Ayodhya Hill – A Must See Place for Nature Lovers