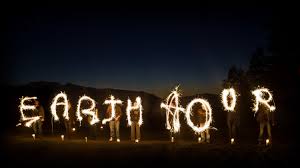 Earth Hour was a movement started as a WWF initiative in Sydney in 2007. Now, nine years after its inception, the 2015 event on March 28 will be as big as it has never been before.

Earth Hour is an event that is conducted on the last Saturday of March every year. People mark this event by switching off all non-essential lights of their homes/buildings for one hour, from 8:30 to 9:30, hence the name Earth Hour. The event started in Sydney, but has spread to other parts of the world over the years. People have shown their appreciation for the event by adapting it themselves. What started as a small event has now turned into a large scale movement, with many countries participating every year, and even more joining them as the years go by.

Monuments all over the world like Eiffel Tower have taken part in the Earth Hour movement. India too has been an avid supporter of the movement. Buildings like Rashtrapati Bhawan, Victoria Hall, Gateway of India, India Gate, and others have been participating in the movement by switching off all non-essential lights for the one hour from 8:30 to 9:30 pm. The movement is a drive by people all over the world to unite in the cause of spreading awareness of climate change.

Next Story
Saina Nehwal: The New World No. 1