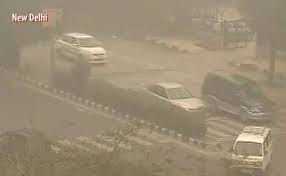 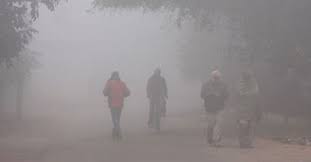 Well, it’s the beginning of the year and along with new beginning the Cold Waves strike Northern India as well. The mutual coupling of fog with cold wave has brought a sensational effect all across India. Many homeless people living on the streets are suffering due to increase in its intensity. Moreover, it has disrupted the normal lifestyle of the people. The northern part of India is the most affected region.
The streets are deserted in the morning. With the temperature as low as 2 degree Celsius in Delhi, no one dares to come out of their comfort zones. This freezing cold has brought turbulence in the normal lives of people. Winter vacations in the school and colleges have been extended which brought a little comfort to the parents and students. 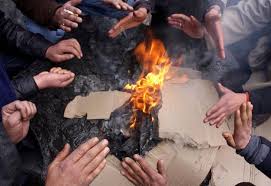 As fog continues its tenure, trains and flights are delayed due to its effect. It has halted the pacing lives of people as over 100 trains are delayed across India and many flights are cancelled due to it. If we take an example of Palam Airport, the visibility was nil, which led to the delay of 38 flights while 13 flights were cancelled. Those people who are trying to reach their home this New Year have to wait for long now. In cities like Agra, Amritsar, Varanasi and Gorakhpur, the visibility has dropped to zero.
Train drivers are advised to take extreme caution due to fog. Moreover, whole schedule has been rejuvenated to exercise a better and smooth running of trains. The regional meteorological office has revealed that the situation will intensify in coming days with the increase in a cold wave. Many people who planned to travel this New Year have suffered a lot. They are suggested to confirm the timings of the flight or train before planning their visit.
It is deemed that this situation will continue for coming days so people are suggested to stay safe and covered and avoid exposure to cold wave.

Next Story
Pak Boat Set Ablaze in an off coast Hunt