Building intimacy in marriages – Communication is the key! 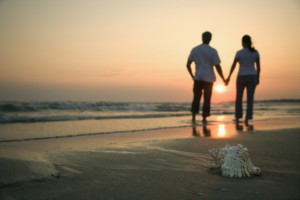 Sexual incompatibility is one of the top five reasons for divorce in India. A lot of these can be avoided if the couple  is educated about it before they get into marriage. As much as anything else, the physical intimacy and bond is needed to build a very strong emotional relationship between the partners. Satisfaction for both partners brings a closeness between them and helps building intimacy.

The females of the species somehow have been told not to talk about their feelings or learn about what makes them happy. Somehow these expressions by a female are not socially accepted and is considered scandalous. While things are changing in big cities and even live-in relationships are being accepted, life in rural India is still the same. Even in cities not all families fall in the above bracket. It is a pity that a lot of females live under an oppressive society where lust is something that is  only a man can show and not a woman!

What has changed over the years?

We were people that believed in the joint family system. There was always someone in the family that spotted something wrong and quietly tried to set things right. We had many traditions which were meaningful and helped. Like, for example, a woman after having a baby has less libido for a while, specially when she is breastfeeding. This is why a woman who has delivered a baby would be kept at her mother’s place for nearly 6 – 9 months after the delivery. With all these traditions gone out of the window, it is for the wife to explain and the husband to learn or vice versa about things surrounding intimacy.

What is the problem and how to solve it?

When it comes to schools, the sex education provided in schools is not adequate enough for children to know or learn anything. Finally, they end up learning everything from the wrong places and get the wrong information and this could even end up in them spoiling their lives. People get the wrong kind of expectations when it is not coming from the right sources.  This goes for both boys and girls! Women and men grow up without knowing what to expect from each other and from themselves.  This becomes a problem when they get into a long term relationship called marriage. In this internet age, there are plenty of information available online, but one needs to know where to look for as there are enough websites which spread wrong information too.

Just being adults and learning from hearsay is not enough. When parents are not comfortable talking to their grown up children, the next best options are getting a good book or to send the young adults for premarital counselling where they can talk, and ask questions and clarify all their doubts about married life. Many times what people don’t realise is that what happens or doesn’t happen in the bedroom actually affects life outside the bedroom. Again, this is for both men and women. Like everything else intimacy is a part of married life and both the husband and wife should be happy and satisfied, it is not just for the men alone.

While a pre-marital counselling deals with much more than intimacy, it is important for couples to go through one. It gives one a perspective of what to look out for and handle it with grace. It also teaches a woman to communicate her sexual desires to the man.

The only way that I can see for a change in the situation is through all round communication. There are subtle ways of saying this and if the parents cannot communicate to their children, then someone else in the family should or send them to a counsellor. There are people trained exclusively to do this.  Also, in a marriage between the husband and wife,  the communication channels have to be always open to make live a pleasurable one.

Next Story
Beypore Beach – a Beautiful Place to Visit in Kerala