3 Bhojpuri Movies to entertain you during Lockdown!

It has been almost a couple of months since this country went into lockdown. This is altogether a different experience for every person. While some of us are enjoying this lockdown, many others are finding it challenging to keep themselves occupied and entertained.

Monotony is one of the hardest things about living in this lockdown, but it has its pros as well. You might have some extra time for yourself amidst all household chores and work from home during this lockdown. Then you can indulge in your favorite hobbies or a few new activities that can be initiated like gardening, reading, listening to a podcast, or watching movies.

I have some suggestions for you to enjoy your free time.  I am introducing you to 3 Bhojpuri movies which are action-filled, available on ZEE5, which you can watch in this lockdown to enjoy your leisure time at home.

Challenge is a Bhojpuri movie starring Pawan Singh and Madhu Sharma as the main protagonist. This movie was released on 14th July 2017. It is an action drama romance movie directed by Satish Jain, with Pankaj Tiwari as the music director, forming part of the crew.

At the time when a man reluctantly gets snared in a power-hungry and corrupt political game, he should shield everybody he adores from this impact. This story is based on the Vaishali Jila of Bihar.

To know whether Munna Singh succeeds in taking revenge or not or how he takes his revenge watch this movie. In this film, the main protagonist Pawan Singh has done justice to the role and he entertains the audiences as well. Overall everyone has acted pretty well and they justify their character in the movie.

The screenplay of the movie is amazing, because of which the entire movie will be interesting and you will be kept occupied throughout the length of the movie. Watch this romantic action drama movie to entertain yourself at home.

Sanki Daroga – Can we follow this to protect Women?

The film was released on 7th September 2018 in Bihar and Jharkhand. On 14 September 2018, it was released in Mumbai and Gujarat. ‘Sanki Daroga’ even had the First Ever International release outside India in Bangkok, Thailand on 12th October 2018.

The film depends on true events and addresses issues of assault and crime against ladies in India. It accentuates the significance of making men sensitive and responsible towards women, the effects of liquor consumption, and an overdose of it.

In a society where wilderness has become the standard, fiery police choose to willingly volunteer to bring justice and reinstate order. Raghuraj Pratap Singh is a bureaucratic cop. He falls in love with Sahiba – a Muslim lady. Raghuraj sets the stage to fight against rapists in the city.

The story is about Rudra, played by Pawan Singh. As a small boy, Rudra witnesses the goons in action who butchers his father. With nobody to take care of this child, he comes under the wings of Amma who is into underworld activities. Amma is not only taking care of Rudra but she also uses him in her activities.

As Rudra grows up, he falls for Anita. This love brings a dilemma in Rudra whether to carry on living in the underworld or leave everything and live in the lovesome company of Anita. A difficult decision indeed!

You have to watch this Bhojpuri movie to know what Rudra decides. It is a time pass entertainer and worth watching.

I recommend these three Bhojpuri movies which are available on ZEE5. Do watch them at

To explore all the Bhojpuri movies follow the following steps:

Are you looking for Before TV Support? Subscribe to ZEE5 Now and check for various ZEE5 offers. 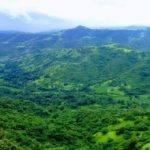 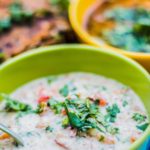