Uttarkashi –The City of Temples 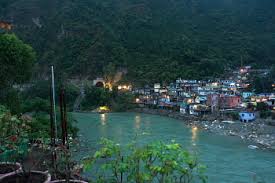 Nature at its best – Uttarakashi

The Secret behind the name of Uttarkashi

Uttarkashi – or “Kashi of the North” as its name translates, is a small town and district headquarter of the district of Uttarkashi. The town was a small pit stop on the road to Gangotri and Gomukh pilgrimage. Now, it has grown larger and is no more a mere pit stop, but a destination in itself.

Like the Varanasi, or Banaras, which is also called Kashi, the river Ganga, flows North here. The entire area, like Banaras, is bounded by two rivers, the Varuna and Assi, and the Lord of the World – Vishwanathji, has made Uttarkashi its home like he has Kashi or Banaras. There is a large temple dedicated to Lord Vishwanath, in Uttarkashi that dominates the town. Uttarkashi has also historical value and is the erstwhile princely state of Garhwal, India.

The Legends of Uttarkashi

The town and its surroundings are home to many legends, including one that is connected to the Shivlinga of Vishwanathji. This Shivlinga visibly leaning towards the South. The legend goes that when Yama came to Rishi Markandey, who was a great devotee of Shiva, and destined to die at the age of 16, Markandey, embraced the Shivlinga. Yama threw the gauntlet to capture Markandey and take him away as Markandey held on to the Shivlinga tightly and refused to let go. The pressure of Yama’s pull on the gauntlet, made the Shivlinga tilt to the South, the direction which is associated with death according to Hindus. It is then that Shiva appeared in front of Yama and challenged him to a duel and defeated him. Shiva then asked Yama to let go of Markandey. 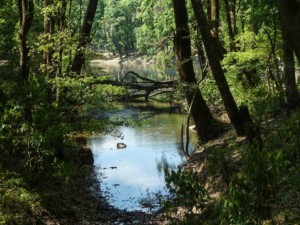 Another legend associated with the region is the legend of Nachiketa, the boy philosopher who was given away to Yama, by his irate father, who was fed up of the questions Nachiketa asked while he was performing a grand yagna. The Nachiketa Tal is said to be the place where Nachiketa sat waiting for Yama to arrive so he could offer his services to his master. Nachiketa’s dialogues with Yama are the basis of many philosophical ideas. Nachiketa Tal is a short hike up a trail of spectacular rhododendron forest, that turns the hillsides red when it flowers in April/May every year. The trail is well defined and a low gradient, so easy for even the greenest hikers. The 3-kilometer long trail ends at a beautiful lake in the middle of the forest. There is a temple dedicated to Nachiketa on the bank of the lake.

The Temples of Uttarkashi

Since it was a major night halt on the Chardham yatra route and also major place in Uttarkashi Tourism, it is not surprising that the town is home to many temples. Some of them so ancient that they have been destroyed and rebuilt many times, a lot of them have lost their look of antiquity and have now become tiled and painted ghosts of their past, there are only fragments of some that remain and are worshiped to date. Some of the main temples, other than Kashi Vishwanath temple, that are in the town are, kuteti Devi, Shakti Temple, Hanuman temple, Kali Mandir, Bhairav temple, Parshuram temple, Dattatreya temple, and Khandhaar Devata temple just to name a few.

Valleys and Bugyals Around Uttarkashi

Uttarkashi is nestled in a valley that is cut through by the Bhagirathi river. It is surrounded on all sides by mountains. There are three main valleys are part of the Uttarkashi valley. These are Assi Ganga Valley, Indravati Valley, and the Bhagirathi Valley. Each valley is home to a river of the same name and each is, in its own way, unique and offers excellent opportunities for hiking, trekking, and climbing. High mountain pastures called “bugyal” in the local language, offer great camping sites with spectacular views of snow-covered peaks of the Greater Himalayas. Some of the more famous bugyals are Dayaraa, Gidaara, Harunta, Siladooni, etc.

The bugyals are occupied by shepherds during summer and are mostly abandoned in winter when they are, generally, covered by several feet of snow. The most famous of these the Dayaraa bugyal, which is famous for its spectacular views, in fact, it has often been called the most beautiful of all high altitude meadows in India. The trail up to the meadow from the road head passes through a beautiful old growth oak forest. Once you reach the bugyal, then a panorama of several snow-covered Himalayan peaks unfolds. The most famous peaks that are visible from here are – Bandarpoonch, Kala Pahad, and Bhagirathi peaks.

Other Attractions of Uttarkashi

Besides, the temples that are in the town, there are several other temples that can be found all around the three valleys. One of the most famous is the temple of Annapoorna Devi at Dodi Tal which is a two-day trek from Uttarkashi. Dodi Tal is the source of Assi Ganga river and is also said to be the birthplace of Lord Ganesha.

Shikhareshwar is a temple that sits on top of the Varuvat mountain, at the base of which the town of Uttarkashi lies. The trek up to Shikhareshwar takes you through scenic mountain villages with old style wood and slate houses. Most of the path up to the temple is through the beautiful forest. You get a bird’s eye view of the Uttarakashi town and the surrounding area from Shikhareshwar. If you are lucky and the sky is clear, you can see the majestic Bandarpoonch from Shikhareshwar.

Another famous temple is that of Nagni Devi. It is a steep trek up the hill in the Indravati valley. The temple is situated in a bugyal and offers a panoramic view of the Himalayas and several of its snow peaks.

Uttarkashi is perhaps best known for two things, one is the Gangotri Temple which is about 90 kilometers from the town center and a good four-hour drive away. The other is the crown jewel of all mountaineering institutes, the illustrious Nehru Institute of Mountaineering, or NIM as it is more famously referred to. NIM is the premier institute offering courses in mountaineering, from basic to advance, to search and rescue to instructor’s course, NIM has trained some of the best-known mountaineers of India and abroad. NIM has its campus across the river from the main town and is open to visitors on most days. It has a small museum and a café.

Hotels and Restaurants of Uttarkashi

The town has dozens of hotels ranging from very low end, Rs 100 per day rooms to more high-end Hotels. The range can suit, itinerant laborers, with little to spare for lodging to backpackers and upper-end clientele that demands luxuries and services. The town has a Garhwal Mandal Vikas Nigam tourist guest house, but besides that, there are several other odd hotels and guesthouses to choose from. Some of the higher end hotels include Monal Tourist Home, Shivlinga Complex, Radhika Palace etc. There are several ashrams too that offer very basic accommodation at low rates.

There aren’t many restaurants in Uttarkashi. GMVN runs a restaurant which is decent but aside from that finding a restaurant where you can walk in and eat is difficult. Most of the eateries in Uttarkashi are very basic, serving simple food. If it is Chinese you prefer then there is Shangrila in the center of the main market, it serves mainly Tibetan and Chinese cuisine. For Indians, the choice is more varied with Patiala Hotel opposite the District Court, to Bhandari Hotel which is opposite the petrol pump. If it is juice you fancy then look for Arora Juice Center opposite the bus stand near the petrol pump. There are a good bakery and snack shop near the Post Office called Ananda. They serve the usual snack fare besides, cake pastries, cookies, pizza, burger etc.

How to Get to Uttarkashi

Where to Find a Ride to Uttarkashi

I am a passionate writer. I write my thoughts. My aim is to spread awareness about social issues.
← Previous Story
A guide to eating when on Road
→

Next Story
Bangalore Tourism Beckons you