Is there a threat to India’s patent laws? 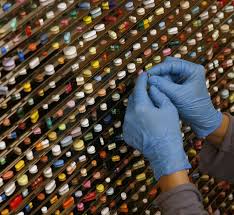 Activists of the HIV patient group who have been working to implement leniency in the patent laws set by the Indian government with regard to the public issues are delighted with the Obama’s visit. These activists seem optimistic expressing that Obama’s visit will bring a new definition of patent laws in medicine field. They have accused government that they have tried to bypass parliament when the issue regarding IP (intellectual property) was raised and this issue has been undermined through administrative measures.
A member of Jan Swasthya Abhiyan (JSA), Dr. Amit Sengupta stated that “As the people of India, we welcome President Obama, if he represents the American people. But we don’t want him as a representative of US business, especially the pharmaceutical industry, which is responsible for millions of deaths across the world by making drugs too expensive through monopoly pricing”.
According to the recent review made by the US government, India’s intellectual property system is considered inadequate and it was placed under the US ‘Special 301 Watch list’, which would surely invite trade sanctions. Senior advocate of Lawyers collective advocate Anand Grover raised a question stating “Prime Minister Narendra Modi came as India’s strong man, but where is his strength if he cannot tackle a declining power like US?” He further added that “The result of US pressure is obvious in the draft national IP policy by the government’s newly constituted IP think tank which is glaringly ignorant and promotes IP as the only solution for innovation and creativity in India, contrary to any evidence”.
Many civil societies and organizations referring to patient community networks have raised a petition in which they have rejected the steps taken by US that could pose a threat to the India’s share in pharmacy. This petition has gained a huge support all over the world and more than 75,000 people who are affected by the changes in India’s IP policies have supported it.