The Toda Tribe- The Cut off People of South India 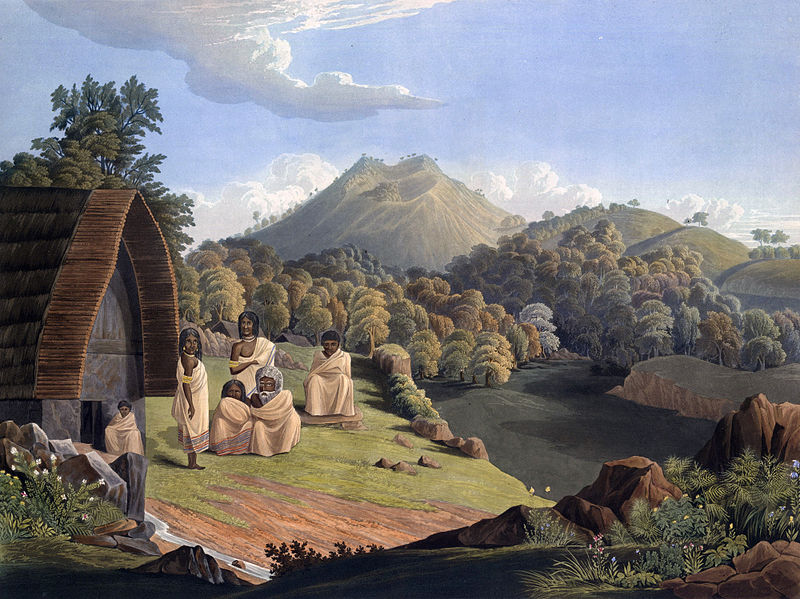 The Toda Tribe residing in the southern part of India is a small countrified community who worship buffalos and have dairymen who are priests of the tribe. They are underdeveloped as compared to the other tribes residing around them. The Toda are considered to be a tribe which branched off from the southern Dravidians and cut themselves away a long time back. Their traceable communication with the outer world lies in the similarities they share with another tribe of the region known as the Kota. Although a little backward, the Toda is a tribe which might gain your interest in the kind of culture it still works under.

The life till now of Toda Tribe A tribe which is mainly backward has a culture in which you can see the traces of ancient India. Apparently, for the Toda tribe, the rules of a common Indian do not exist. They have their own rules according to which a Toda member passes his/her life. A child of the southern Dravidian clan the Toda broke off from the family after the development of the Kannada and Telugu. And just as there are pieces of evidence to suggest that the Kannada and Telugu cultures had already developed by the time they left, we also are supported by evidence in our views that Malayalam developed after they left. Their language, as a result, is different from what we might be accustomed of hearing from the south Indians. The way we might type the Toda language can be a little peculiar even for the people of the south. Even the way they speak is a little different. The language they use is not developed very much and since it belongs to primeval time it has rules as followed by the people of that particular era.

Earlier there were signs of co-existence with nearby communities including Kota and Kuruba. They are regarded to be at the top of the rank of the communities around them.

In their tribe, child marriage is still practiced although female infanticide is banned. They used practice polyandry earlier; it is a system where a woman married all the brothers. In this system all the children born were considered to belong to the eldest brother. This practice, however, has been banned now. 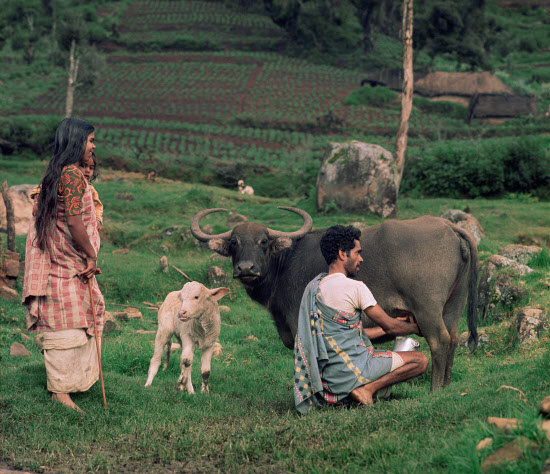 Watched by his wife, a Toda man milks one of his water buffalo at a village near Ootacumund in the Nilgiri Hills. Tamil Nadu, South India. 1972

According to the Toda tribe their Goddess Teikirshy and her brother created initially the buffalo first which they consider to be sacred. Then the first Toda man was created and from his ribs was created the first Toda woman. The Toda people consider the buffalo to be sacred and the animal forms the pivot point of their religion. They have rituals which are performed when they avail milk products from the buffalo. They even hold ordinations for dairymen who take up the duty of being priests.

These priests, though, have a very difficult life to lead. They cannot lead the life of a family man. They have to celibate and forget about the emotional connections. There are certain days when the ordinary man cannot even go near the priests and the priest cannot attend the death ceremony of any man until he gives up his office. They are also not allowed to wear any kind of footwear or cross a river through bridges. When willing to cross a river the priests have to go around the whole length of it.

The Toda have religious hymns dedicated to the buffalo. They have funeral pyres which can tell us a lot about their social customs. There are rituals too, that they celebrate in the name of the buffalo.

The Toda temples are structurally different from the Toda huts. They are constructed in pits which are then lined with stones. They are cone shaped and have motifs of sun, moon, serpent and the head of the sacred buffalo. 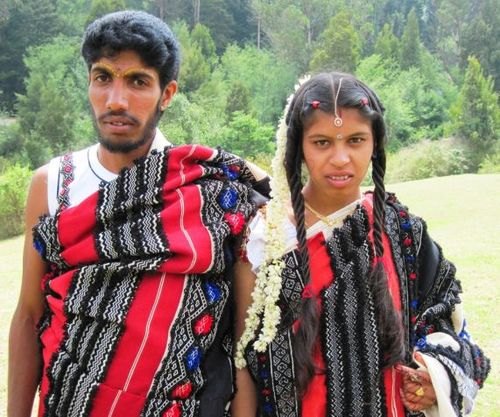 The Wraps, the Clothes

The Toda men and women wear clothes which come very close to what the ancient Indians wore. They use a single piece of cloth around themselves. The women wrap around a piece like a skirt and the men wear a dhoti. Their clothes have patterns and symbols on them which look like traces of their ancestors to which they are still holding on to.

The formation of Munds

The Toda community is the most prevalent one in South India with their huts and villages spread across the region. A single community comprises of about 10 huts out of which one is used for sheltering the cattle, another is used as a granary and the rest are used by the people as houses. The Toda huts, also known as Toda Hamlets, have no sign of any kind of window. The structure of the hut is like a semi-barrel with a rather small door. The Toda hut is constructed out of bamboo while the exterior is made from dried grass. The hut remains surrounded by a wall made of loose stones and the back end is made of granite. There are mural paintings on the foremost part of the hut. Bamboos are used to support the hut too and to keep it integral.

Many Toda huts grouped together form a village, known as the Toda Mund. The village then elects a dairyman priests who look after all the rituals and rites of the village.

Although with the pacing world the Toda have improved their settlement style, the government has undertaken the duty of keeping the Toda traditional hut preserved.

Food and livelihood of Toda Tribe

The Toda are vegetarians mainly. They consume much of the dairy products that they produce. Their diet mainly comprises products of buffalo milk like butter, buttermilk, yogurt cheese and of course plain rice. Rice also forms a part of the staple diet which is eaten alongside curries and dairy products.

The population of their cattle has decreased incredibly. They are now mainly cattle herders and exchange dairy products with their neighboring communities.

The Lifestyle of Toda tribe

The Toda live in the reserved parts of the forests of Tamil Nadu. The women are experts in embroidery, mainly using the black, red and white colors for their work. Toda too worships the nature and live in a kind of community where the term caste is very minor. They are not very developed as a whole and have been considered a part of the Nilgiri Biosphere Reserve. They have some silversmiths and musicians. The main musical instrument used by them is a flute which is carved out of wood. In our world, where we are dreaming of personalizing our lifestyle with future technologies, the Toda tribe has adhered to the customs of old India.

Previous Story
“Cool it down with a Thandai”
→