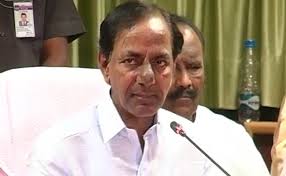 The youngest state in our country Telengana just celebrated its one year of formation. The struggle for telengana is as old as our country itself and the people ruling it have really kept up their promises of turning it into a model state in India. Creating a “Golden Telangana” is their new target.

One year of Telengana

With Hyderabad in its pocket Telengana had no problem of capital crunch. It made full use of all the available natural, social and artificial resources to launch various welfare programmes under Mission Kakatiya. This mission includes a variety of sectors from agriculture, housing scheme for the weaker sections, women’s safety, roads, infrastructure, pension for the aged and what not.Stalled projects worth 7,000 crore are in the process of being revived.

The Chief Minister of Telengana Mr.Chandrashekar Rao has been appreciated for all his efforts taken to develop the state. He and his cabinet ministers are said to have long term vision and unrelenting passion towards the new state. The average annual growth rate (GSDP) for Telengana now stands at a whooping 13.26%, higher than the previous year. This is above the national average!

Telengana has a multipronged approach up its sleeve to develop the state. The first of it being efficient use of water. A water grid has been envisaged which will cover ALL houses with a minimum ‘litres per day’ allotted to them. Next the commercial buildings, industries, etc. will get their share of water everyday directly from the tributaries of Krishna and Godavari. 67 water treatment plants have been proposed to be built across the state.

Did you know that there was not a single power cut in Telengana last year? With the commissioning of many power projects Telengana is moving from a power deficit state to a power surplus state. In the next four years the energy production will increase by 10,800 MW with funding from various Governmental agencies.

The main objective of Mission Kakatiya is to revive the lost glory of minor irrigation. These ensured community participation as well as a hedge for small and medium farmers. Telengana also has a target of increasing its tree cover from24% to 33% under the programme ‘Telengana ku Haritaharam’

Inclusive development and participatory governance is the underlying secret of Telengana’s development. The success achieved by Telengana has intensified the demand for the separate state of Vidarba, Gorkaland , Harit Pradesh etc. We must notice one thing, whether the state is small or big, proper planning and sustained momentum will lead to development. 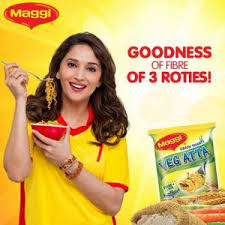 Previous Story
THE MAGGI CONTROVERSY? WHAT IS ALL THE FUSS ABOUT?
→

Next Story
Junk it with health and Indian food!