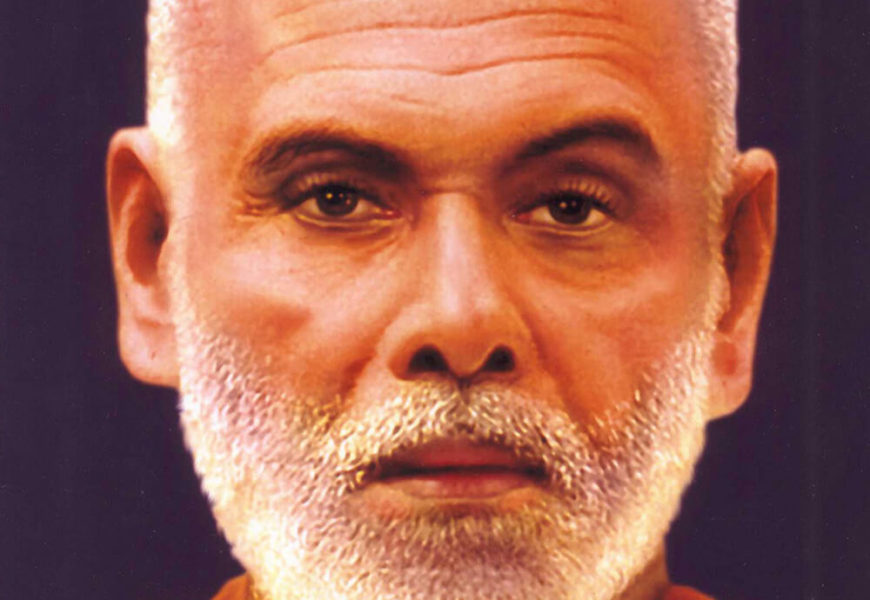 There were some rare and amazing persons in the history of mankind, whose greatness was recognized in their very life itself. They were admired as living legends. You need not wait till their death to praise their glory; they have eternal life and they never die. Sree Narayana Guru was one such person. He was a great saint, scholar, philosopher, poet, and the forerunner of social renaissance in Kerala. He redeemed the downtrodden human from the curse of casteism. ‘Oneness of Humanity’ was his dream; unparalleled were his deeds!

At the time of his birth of Sree Narayana Guru, Kerala was under the domination of different castes, all of them pretending superiority over the other. Under the horrible caste tyranny, the lower caste people suffered in every area of their life. Temples, streets, and educational institutions remained closed for them. They could not draw water from public wells. Men and women belonging to lower castes were not allowed to wear clothes on the upper part of the body. The very sight of these people and even their shadows were considered polluting the upper castes.

Those who failed to follow these inhuman practices were given brutal punishment including death. Two sharp swords of untouchability and unapproachability hung above the heads of the unfortunate masses. They shed their blood and sweat for their upper caste masters but earned no reward, except suffering and death.

Seeing the disgraceful caste discrimination of the state, a young monk wandering the length and breadth of the country called Kerala a ‘lunatic asylum’. It was Swami Vivekananda. He said that the suffering of the millions of the suppressed class of the state would see an end only through a Guru, who had born in Kerala. His words came true and the savior was Sree Narayana Guru.

Sree Narayana Guru was born on August 20, 1856, in a middle-class peasant family of the then untouchable Ezhava caste, at Chempazhanthy village in Thiruvananthapuram.  He was the only son of his parents Madan Asan and Kutti Amma and they affectionately called him Nanu.  Sree Narayana Guru had his elementary education from the village school. He learned Sanskrit from a Sanskrit scholar named Raman Pillai Asan and became well versed in Sanskrit scriptures and Vedic philosophy. For some time he worked as a teacher, teaching poor students and people called him ‘Nanu Asan’. ‘Asan’ means teacher.

Spiritual Journey and the Making of the Guru

After the death of his parents, his family members insisted on his marriage. Even though the marriage ceremony took place under their pressure, he was not interested in married life. He had an acetic mind filled with a spiritual urge. Narayana Guru decided to renounce the pleasures of the physical world, he left home and wandered through different regions of Kerala and Tamil Nadu like a mendicant. During these days he met a person called Chattampi Swami, who introduced him to a Yoga guru named Thycaud Ayyavu. Under him, Nanu mastered yoga practices, including Hatha Yoga and meditation.

He shifted to a cave in Marutvamalai near Kanyakumari and started living a solitary life spending most of his time in meditation and self-discipline.  It lasted for over eight years and finally, the inner world opened before him; he became an enlightened soul, and the world got a Guru.

Obtaining a clear vision of the unity of the downtrodden humanity around him, Sree Narayana Guru decided to return to the world he had withdrawn. He settled for some time in the Jungles of Aruvippuram and made it his abode of meditation. Soon, people recognized the solitary saint in the jungle and started visiting him seeking spiritual tranquility.

Even as a child he had strong abhorrence toward the caste distinctions and untouchability and he always protested against injustice. “Ask not, say not and think not caste” was his motto. He had deep sympathy towards the ill-treated people and he decided to clean the vulgarity crept in the Hindu society. …And, Sree Narayana Guru started his revolutionary mission….

Consecration of a Hindu temple was the exclusive right of Brahmins. Sree Narayana Guru threw a challenge on this domination. As the first revolutionary step, he himself consecrated a temple dedicated to Lord Shiva in Aruvippuram in 1888. When questioned by the Brahmins, he replied that he had consecrated a Shiva belonging to his community. The irony of the message was very clear – how could Shiva be owned by any particular community? It was a strong warning to the upper castes and a bold proclamation that everyone irrespective of his caste or religion has the right to realize God.

In subsequent years he consecrated several temples in different parts of Kerala with revolutionary changes. In one temple at Kalavancode in Sherthallai, instead of deities, he installed a mirror for worship, revealing the truth that God is within oneself and one should find salvation by the development of inner self. In another temple at Murikkumpuzha near Trivandrum, in place of a deity, there was a bright light that revealed the words “Truth, Duty, Kindness, Love”.  His temples were open to all Hindus and non-Hindus, without any discrimination of caste or creed.

He traveled throughout Kerala, Madras and Sri Lanka. He lived with the people and for the people. Wherever he went, he earned a large number of devotees. He opened a Sanskrit school at Sivagiri to teach poor students, irrespective of their caste. He set up two Ashrams at Sivagiri and Aluva. He always gave importance to education and attached educational institutions to the Ashrams.

In 1903, Dr. Palpu, a devotee of Guru, established a social organization called “Sree Narayana Dharma Paripalana Yogam” (SNDP Yogam) to spread the message of Guru against the caste system in Kerala. The SNDP Yogam established several educational institutes and hospitals throughout the state and it became a powerful platform to unite the oppressed people.

In 1921, in the All Kerala Fraternity conference held at Aluva, Sree Narayana Guru proclaimed his famous message “One Caste, One Religion and One God to Mankind”, which was a clarion call to the mankind to unite, instead of breaking down in the name of caste and religion.

A religious conference, named as the Parliament of Religions, was held at Aluva in 1924 with a slogan “Not to argue and win but to know and to make known”. In that conference, he conveyed the universal message that the ultimate aim of all religions was the same and there was no need for the followers of different religions to indulge in mutual conflict.

In 1925 Guru supported the famous Vaikom Satyagraha movement, which demanded entry for lower caste people in the Shiva temple at Vaikom and all temples in Kerala. Mahatma Gandhi visited Kerala during this time to support the Vaikom Satyagraha and met Sree Narayana Guru at Sivagiri Ashram and the two sages had interesting discussions on the issues of caste and untouchability. Gandhiji expressed that it was a great privilege in his life to have the darshan of an esteemed sage, like Sree Narayana Guru.

The great Nobel Laureate Rabindranath Tagore met Guru in 1922. About his warm meeting with Guru, Tagore later said: “I have been touring different parts of the world. But I have never come across one who is spiritually greater than Sree Narayana Guru”.

End of an Era

As I mentioned earlier, there is no death for great persons. They visit this earth with a great purpose, do their duties sincerely and leave us one day. Sree Narayana Guru left us on September 20, 1928.

An Epic of a Crusade

Sree Narayana Guru Biography is not just a story of a saint; it is an epic of a crusade. The Guru was aware that spirituality cannot be fed to starving millions. He believed that other than the freedom from the curse of untouchability, the downtrodden classes needed education and wealth. They needed opportunities to improve like others. He was a real Karma Yogi and his whole life was dedicated for the betterment of the suppressed. He was an innate poet and a great scholar in Malayalam, Tamil, and Sanskrit.

He was an author of many beautiful and inspirational works in these languages. His words and deeds ignited sparks of a revolution that led to a remarkable cultural renaissance in the profligate society of Kerala.

Previous Story
Chanakya : Life and Mission of a Distinguished Diplomat
→