Ravindra Kaushik – The Real Tiger He was! 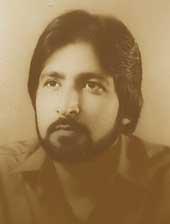 It was a dramatic turn of events for Ravindra Kaushik which looked just out of a detective movie. But it was true and he was in Pakistan for spying at a very tender age, at the cost of his life and for the sake of his country. The story of Ravindra Kaushik is not known to many people. The real hero never got the acclaims that he deserved. He did not even get a decent burial upon his death. Though little is known about this great person and his mission, we should at least remember him and salute him for his the sacrifices he made for the country.

Ravindra Kaushik was born in Sri Ganganagar of Rajasthan on 11th April 1952. He had a passion for theatre and acted in many dramas. The things took strange turns when his acting was watched by the RAW Officials, and he became a RAW agent overnight. His command over Urdu and his acting abilities were added attributes for the job. His mission was to go to Pakistan and get the authentic vital information from there. Before taking up the task he was trained for the job.

He was trained in every way to look like a Pakistani, to ensure that he would not be identified. After two years of avid training, he went to Pakistan as an undercover. He took up the LLB course at Karachi University and completed it successfully. He got recruited into Pakistan Army as a Commissioned Officer and later assumed the rank of Major. He is said to have converted into Islam despite being a Hindu for the sake of his job and married a Pakistani Girl and had a son.

In the year 1983, another agent Inyat Masiha was sent to Pakistan to get in touch with Ravindra Kaushik. Unfortunately, Masiha got caught by the Pakistani authorities and he had to reveal the true identity of Ravindra Kaushik. Subsequently, Kaushik was caught and naturally tortured for information from him. Kaushik was tortured for two long years after which he was awarded the death sentence which was later changed to life imprisonment.

A person who spent the prime part of his life away from his home, away from his people, working for the country was finally disowned by the country. The Indian Government was not ready to accept that he was working for the country. He lived in jail for 16 long years, suffered a lot, lived under un-inhabitable conditions. His health started deteriorating due to TB and Asthma. Finally, he embraced death on 21st November 2001. He was buried behind the jail, even his body was not claimed by the Indian Government.

His life and death went unnoticed though he was a ‘Tiger’ in the real sense and sacrificed his entire life for the country. He struggled hard in Pakistan for 26 years and died a rotten death to become an unsung hero.

(Disclaimer: Details in this article are gathered from Online articles. We are not liable or responsible for any wrong information provided in the article – Publisher)

Next Story
Mahabalipuram – The Mesmerizing City of Temples and Beach

It is one of the coolest agency in India isn’t it? Men in suits, smart weapons, classified information, all this stuff comes up in our...

One Reply to “Ravindra Kaushik – The Real Tiger He was!”