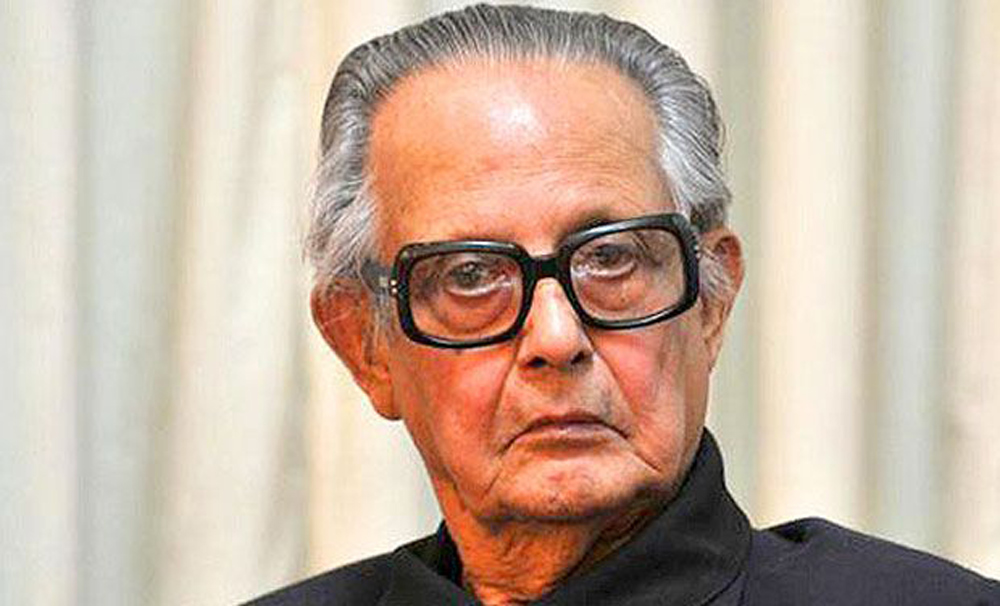 January 26, 2015…. R.K. Laxman, the renowned Indian Cartoonist, passed away leaving his quiet and bewildered ‘Common Man’ alone, amidst the clamouring crowds in the political arena of India. The Common Man lost his creator; he lost the mighty pen and the mystic genius behind his creation.

Rasipuram Krishnaswamy Laxman was born on October 24, 1921 in a Tamil Brahmin family in the city of Mysore. He had five brothers and two sisters; and he was the youngest of all. His older brother R.K. Narayan was the legendary writer who created the famous Malgudi Days.

As a child, from 3 years of age, Laxman expressed his artistic talent by sketching drawings on floors, walls and doors of his house using a piece of charcoal. He was a keen observer and could recall everything in details. There was an artist, an amazing Indian Cartoonist of the century, hiding within him. He was guided by his intuition. He sketched whatever he saw around, but crow was his favorite among them. He began to sketch crows and their amusing behaviours. His mother encouraged him and told him that crows would bring him luck. This childhood fascination continued throughout his life and he sketched hundreds of crows in different moods.  For R.K. Laxman, crows were much more intelligent than humans.

Laxman decided to become an artist when he was about 10 year old. Even at that tender age he sketched pretty well and his cartoons were published in local newspapers. The persons whom he satirized were international names – Mussolini, Hitler, Churchil, Gandhi, Nehru, and many more. After schooling, he tried to get admission for Diploma in Fine Arts in J.J. School of Arts in Mumbai, but was rejected telling that he was lacking talent to qualify for the admission. Later he graduated from Maharaja’s College, Mysore with a Bachelor of Arts Degree.

The Cartoonist in Action

While studying at Maharaja’s College, he sketched for his brother R.K. Narayan’s stories, which were published in The Hindu. His political cartoons appeared in Swatantra and a popular Kannada humor magazine Koravanji. Hindustan Times New Delhi rejected his application for the job as a cartoonist advising him that he was too young to be a newspaper cartoonist. He worked for an animated film unit at Gemini Studios in Chennai for few months, before establishing his cartoon kingdom at Mumbai.

Mumbai beckoned Cartoonist R.K. Laxman with lucrative promises. He began his full time career as a political cartoonist in the Blitz Magazine and the Free Press Journal. At Free Press Journal, Bal Thackeray was his colleague cartoonist, who later founded Shiv Sena. Laxman later left the Free Press Journal and started his prestigious career in the Times of India creating a ‘Laxman Era’ that lasted for over five decades and he remained as the most prominent Indian cartoonist till his last breath.

The Legendary Life of the Great Indian Cartoonist R.K. Laxman

R.K. Laxman created the caricature of the average Indian, called ‘the Common Man’, who appeared every day in a pocket cartoon “You Said It”, in the front page of the Times of India. The Common Man was the typical Indian, wearing a dhoti, a long shirt and a checked coat, with a small tuft of hair and a brush-like moustache, and with a bewildered look behind his oversized spectacles. The Common Man had his presence everywhere. He quietly watched everything in the world and represented the silent majority of India.  Governments and politicians may come and go; the Common Man remains the same surviving the test of time. Statues of the Common Man in Mumbai and Pune proclaimed the glory and greatness of this legendary character.

With his inimitable humour, Cartoonist R.K. Laxman stripped away the masks of all Indian politicians and did not spare anybody. Jawaharlal Nehru, Indira Gandhi, Morarji Desai, Narasimha Rao, Manmohan Singh,…..nobody escaped from his brush strokes and his fearless satires. Great leaders could never hate him, but enjoyed his cartoons taking them with a pinch of salt. His humor never hurt anybody; it was ironic that would make everyone laugh from within their heart. What he revealed was the real face of the society and the real face of the leaders with a classic touch of humour. The cartoonist himself had remarked that politics today was just a Blah-blah-blah, and the day the quality of our politicians improved he would have to stop his work and retire.

Apart from creating cartoons and caricatures, R.K. Laxman is known for his amazing illustrations for different books, including the famous Malgudi Days. He was the creator of the popular mask of Asian Paints, called ‘Gattu’. He published several articles and short stories and had a few collection of them in ‘The Distorted Mirror’. ‘Servants of India’ is his short story collection and his .novels include ‘The Hotel Riviera’ and ‘The Messenger’. ‘The Tunnel of Time’ is his autobiography. It is an enjoyable book that will take us on a delightful journey providing us the vivid moments of R.K. Laxman biography.

This dedicated Indian cartoonist was felicitated with several prestigious awards and recognitions, including Padma Bhushan (1973) and Padma Vibhushan (2005), the highest civilian awards of India. He was awarded the Ramon Magsaysay Award (1984) and the Lifetime Achievement Award for Journalism (2008).

The Common Man created by R.K. Laxman is the reflection of the millions of Indians, whose voices were never heard. Governments may come and go interchanging the roles of the parties. Only the colours and costumes are changed; the rituals remain the same. Whoever be the fighters in the political arena, whoever be the ruling class, they cannot ignore the significance of the Common Man. The Common Man exists forever. The creator has gone beyond demise and lives through his creations, making millions smile. 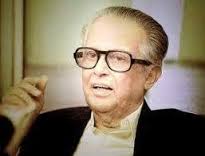