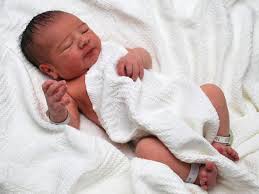 Yes, Womb Transplant can bring light in the life of many couple who can not have children the natural way.

Medical Science has overcome this hurdle and moved one step further. The first baby conceived after womb transplant was born last month in Sweden. The women who could not conceive due to problems of the uterus, received a womb transplant donated by a known person. She delivered a healthy, but premature baby and both mother and baby are doing fine.

The credit goes to the efforts of Dr. Mats Brannstrom from the Department of OBG, University of Gothenburg and Stockholm IVF. His efforts towards making the dream of women who could not conceive due to, not having uterus owing to birth defect or other reason has come true. With this, the gates of hope have opened up for many women world over.

This amazing technology involves transplanting womb from the donor to the recipient. After the womb is accepted conception can happen either through natural means or by artificial means. Though such experiments were conducted earlier also, success came only recently in Sweden. Now women with uterus problems, due to which they could not conceive hitherto, can breathe relief now. Medical Science can help them soon to get their bundle of joy.