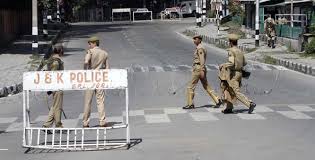 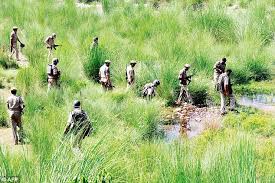 The State of Jammu and Kashmir is prone to attacks by Pakistan and Terrorists. The attacks are triggered in the wake of the ongoing Jammu & Kashmir Polls. Yesterday again, there were disturbances and firing. Suicide bombers attacked at four places killing 21 people in all. The dead include eleven security personnel.

The serial attacks started first at Uri sector of Baramulla. The army camp was attacked, killing 8 soldiers and 3 police personnel. 7 Terrorists were killed in retaliation attack by the army. The next attack was at Srinagar on a police check post in which one terrorist got killed. The third attack was at Shopiyan. Terrorists attacked police personnel with grenades, but in retaliation, terrorists were captured. Pulma was the target of fourth attack. Two innocent civilians fell victims to this attack and four civilians were injured.

In the recent polls Jammu and Kashmir had recorded highest voting. The effect may be because of rigorous campaigning and effect of Modi. The state is going for 3rd phase of Polls on 9th December. Prime Minister Narendra Modi is visiting the state on 8th December. The attacks may be triggered by terrorists to retaliate Modi’s visit and also to create fear among the people. Their intention is to make people scary and reduce the voting percentage.

Army and police are continuing their combing operations to clear the area of terrorists. Huge quantity of arms and ammunitions were recovered from the terrorists who were captured and also from those killed. In the meantime, Modi’s visit is confirmed from reliable sources. More disturbances are expected in the valley in the light of Modi’s visit and the polling which is scheduled for 9th December. The army and police are on high alert in the state and are doing their best to clear the area. It is a challenge to the people of Jammu and Kashmir and the time to exhibit their rights of voting and courage. Nation is waiting for their verdict.