Jamai Shasthi – The Day of the Bengali Son-in-law

Jamai Shasthi is just another example of how much the sense of bonding is interwoven in Indian festivals. Forming an essential part of the Bengali household with a married daughter, Jamai Shasthi is celebrated to reminiscence how important children are and celebrates their return home. It comes second on the list of Kolkata festivals, yet it is celebrated with the same warmth and passion as Durga Shasthi.

The land of West Bengal has been famous for history owing to its diversity in food and festivals. Bengalis are one of a kind when it comes to the love of food. They have one of the largest numbers of festivals oriented within a single community. These festivals adhere strictly to their beliefs and culture and are mainly committed to celebrating togetherness. The celebrations of West Bengal are also the reason why the land is also known to have ‘Baaro Maashe Tero Parbo‘, (13 festivals in 12 months).  Out of which, one of the most intimate festivals of West Bengal is Jamai Shasthi.

Celebrated in mid-June, Jamai Shasthi is a day dedicated to the beautiful relationship shared by the son-in-law and the mother-in-law. The day celebrates the welcoming of the son-in-law. Being an essential festival for the Bengali household, a party is organized for the “Jamai Babu”. It serves to strengthen the relationship between the family and the son-in-law. Jamai Shashti has a sense of “community” and “strong relationships” at its core. It colors up the day with enthusiasm and auspiciousness.

What marked the beginning of Jamai Shasthi?

Jamai Shasthi is a festival that has been celebrated since the Vedic ages. According to folklore, once upon a time; a greedy woman stole and ate all fish that was made in household and blamed the cat for it. The cat being a follower of Goddess Sashti, complained to her about it. To teach her lesson, Goddess Shasthi hid all her children. The woman got bewildered and praised the Goddess day and night to please her.  Soon the Goddess was satisfied and decided to return all her children.

By following this story, the people believed that as a punishment for the crime of stealing fish, the daughter is taken away from the house and kept with the in-laws. The restless parents then perform a ritual in praise of the Goddess Shasthi, and then the son-in-law brings her home.

Since then, the festival of Jamai Shasthi came to celebrate the arrival of the son-in-law into the Bengali household.

Modern Outtakes of the Vedic Festival

Modern-day practices of Jamai Shasthi involve a mother inviting her daughter and son-in-law (Jamai) to their home and pamper them and bestow their affection. A platter of grass, grains, and five fruits are organized to welcome the son-in-law. The grains are sprinkled on him, grains are stuck on the forehead along with some curd. The mother-in-law offers her blessings. A yellow thread is tied on his wrist.

Similar to other Kolkata festivals, the cuisine is an integral part of Jamai Shasthi. A sumptuous lunch, including fish, meat, vegetables, and desserts are prepared for the son-in-law, with fish being the main priority on the list. Apart from this; poori, dal, rice, and prawns are also served along with the blessings and affection of the family.

An essential part of this Jamai Sasthi festival of West Bengal is “who serves whom.” This means that even though the festival celebrates the return of the children, yet it boils down to respect and love from both sides. Thus, the expenses of the two day festival of Jamai Shasthi are taken care of by both the son-in-law and the mother-in-law. On the first day, everything that is served is paid for by the mother-in-law. On the second day, however, the son-in-law takes care of the expenditures.

What to wear when visiting your in-laws?

Since this day is a day of festivities, people are seen wearing traditional Indian clothing, instead of the causal western ones. The daughters dress up in a saree or salwar suit. The sons-in-law are seen looking a little awkward and very shy in their kurta-pajamas.

The in-laws also dress up, mostly in new clothes, and decorate the house to celebrate arrival of their daughter and Jamai. The Bengali household looks like an abode of love and energy where the whole family gathers, and laughter can be heard ringing the entire day.

The Significance of Jamai Shasthi for the Modern-day Bengali

This ritual of Jamai Shasthi is a symbolic practice to strengthen the bonds between family members. The entire family gathers together on this occasion to experiences joy in an otherwise exhausting day-to-day schedule. The festivals of West Bengal are the deep-rooted emotions that are passed down by their ancestors. These kinds of Kolkata festivals are considered a essential and promising part of the Bengali culture. Among these West Bengal festivals, Jamai Shasthi has a special place in the heart of every Bengali household. 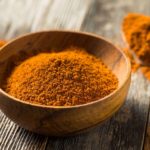 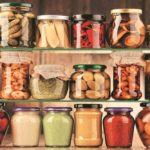