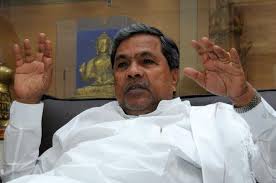 The Karnataka Minsters’ Salaries and Allowances (Amendment) Bill, 2015 was passed by both Houses of Karnataka legislature. The bill will lead to an increase in the salaries of Karnataka state’s ministers by roughly around 75%, the largest of its kind the country has ever seen. The hike was justified as a result of the high increase in the cost of living.

The salaries of all ministers have been almost doubled due to the passing of this bill. There was no discussion in the passing of these bills. The chief minister’s basic salary will go up from Rs 30,000 to Rs 50,000, while those of his cabinet ministers will increase from Rs 25,000 to Rs 40,000. The state ministers will experience the biggest hike among all ministers, with their salaries more than doubling over. Their new salary will now be Rs 35,000 to their older salary of Rs 16,000. The salaries of the MLAs and MCAs increase from Rs 20,000 to Rs 25,000.

Even the allowances granted to all ministers will increase due to the passing of this bill. The sumptuary allowance of the Chief Minister and his cabinet ministers will increase from Rs 1.5 lakh to Rs 3 lakh per month; an increase of 100%. Other expenditures granted to the ministers will also get a considerable hike. It is estimated that the new salaries that will be put into action due to the passing of the bills will cost state exchequer and extra Rs 44 crore per annum. The Karnataka Legislature Salaries, Pensions and Allowances (Amendment) Bill, 2015 and Karnataka Ministers Salaries and Allowances (Amendment) Bill have greatly increased the salaries, allowances, and pensions of all Karnataka state’s ministers.