A Glimpse about Lal bahadur Shastri as an able Administrator 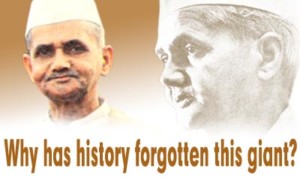 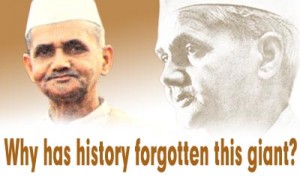 India has seen many great administrators during its long history. That includes our kings who ruled and discharged their duties as administrators perfectly. The tradition of royal ruling gave way to the modern ruling, which saw many able administrators. Lalbahadur Shastri is one such person, who was selfless, concerned about the nation and followed good administrative ethics.

The death of Jawaharlal Nehru in 1964, created a void to be filled by an efficient person who could lead India. There were two persons who were apt for that. One was Morarji Desai and the other was Lalbahadur Shastri. Morarji Desai was senior, more experienced, able and honest. Shastri, though junior was also the favorite of all people. He was more flexible and highly principled, which made him win over Morarji Desai, and he proved to be the right choice.

He adopted the principles in his administration and autonomous rights to the cabinet ministers. They were free to make decisions and worked independently. This helped in them being more efficient and work being done faster. He allowed the party to work independent of his political stature. He never interefered with the party matters. The states were also allowed to function independently. He was solely responsible for bringing in Indira Gandhi to join as Cabinet Minister.

He made decisions calmly and efficiently. He resolved burning issues like Hindi versus English issue as to which should be the official language.

Though small in stature, Lalbahadur Shastri’s achievements were not small. He was highly principled and was always concerned about the country rather than his personal life. He has all qualities essential for a good politician. His concern for the soldiers and farmers who are the backbone of India could be understood by his slogan ‘Jai Jawan, Jai Kisan’

The death of Lalbahadur Shastri was so sudden, it left everyone by shock. People of his caliber are the need of the day to take India forward. After Shstri, the empty space left by him is yet to be filled.

Previous Story
Top things to do if you are in Chennai…
→