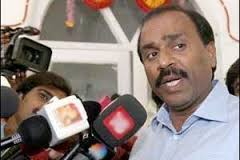 Finally Janardhana Reddy is coming out on bail. If all goes well, he will be out today or tomorrow. Gali Janardhana Reddy, who is involved in a mining scam is an Ex-minister of Karnataka Government. Reddy has been accused of illegal mining and the case was handed over to CBI. As the process of filing the charge sheet has been completed and in view that the CBI did not raise any objection for grant of bail, Reddy was granted bail.

Janardhana Reddy, who is said to be involved in Illegal mining in Bellary and possession of assets disproportionate to his known source of income was taken into custody on 5th September 2011. Since then Reddy and others who were accused in the case and taken into custody were requesting for bail. Finally the Supreme Court cleared bail request in all the cases and the hopes of Janardhana Reddy coming out has come true. Thought bail is granted, some conditions have been stipulated by the Court. Court has banned Reddy from getting involved in political activities for a period of three months. He cannot leave the Country and Passport should be surrendered to the Court. He cannot visit his area of activities which includes Bellary and Cuddapa.

Janardhana Reddy has to deposit Rs. 20 lakhs as security for the bail. On completing all the formalities stipulated, Reddy can come out of Jail.

This case is unique because it sent shock waves among politicians that they cannot escape the clutches of Law despite their money power and political power. Though the followers of Janardhana are in festive mood and celebrations are going on, the trial in all the cases is yet to begin. Reddy’s Political route is not yet clear and he may not be able to get the previous patronage either from the party or the people. However, the grant of bail has come as a big relief for the family and well-wishers of G. Janardhana Reddy.