The Dowry Prohibition Act – Whom is it Helping? 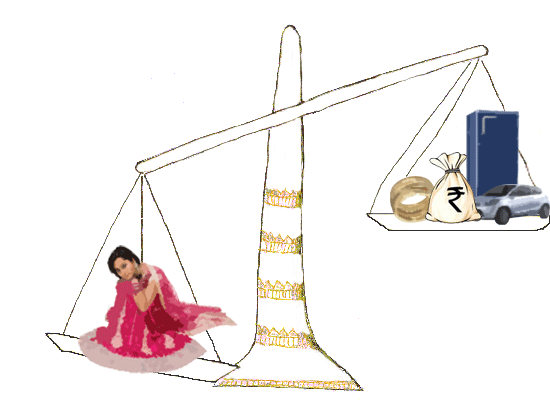 The Dowry Prohibition Law got much publicity and recognition in recent years. Though the act was passed during 1961, Section 498A was amended in 1983. This amendment was brought about to protect the innocent women, with good intention. The offense coming under this section are made non-bailable, cognizable and non-compoundable. The main aim of the section is to prevent dowry harassment, which is much prevailing in India. But the question is, despite dowry prohibition law being in force, are needy women getting the benefit?

This protection is required for the women of the middle class and those living under below the poverty line, especially the rural population. As per the statistics, in India alone, one dowry death is reported every four hours, which shows that 6 women are losing their lives every day for this social evil. Tragic enough to put down our heads in shame. The rural population and the economically weaker sections are facing this social menace more than the urban, educated population.

Who is Getting the Benefit of Dowry Prohibition Act?

It is time to debate whom this section is really helping? In urban class, this section is more misused than used. Marriage is an institution which is based on trust, care, concern, and love. In the Asian countries, marriage involves the families and not just the boy and girl. The educated women who are not happy in the marriage are trying to use this as a weapon against the in-laws and husband. There are a number of false cases filed against the husband, aged in-laws, and most of the times the sister of the husband. Though these people never lived with the bride, they are included in this crime. This is ridiculous considering the fact that at least some people are for sure innocent of the crime.

Though the section requires interrogation before taking the accused into custody, the procedures are not followed many times. The complaint is filed on a Friday and the accused is taken into custody on Saturday which is all well-planned acts. This is to make sure they wait for bail for at least 2-3 days.

The mental agony and humiliation faced by the innocent people are beyond words. This calls one to think about who is benefitting from this Section 498 A. On the other hand, women who are illiterate and belong to economically weaker sections are being killed mercilessly by the husband and in-laws. After an initial punishment of 2-3 days in the custody, they get bail and walk out towards a normal life. There are many cases where the boy gets married as well very shortly.

This gives rise to the question as to why those poor victims who are being burnt inhumane, are not getting the benefit of this section.

Next Story
Ring Bells in the Temple to spread positive vibrations. Science behind rituals Part – 3