Maoists make a string of Attacks in Chhattisgarh 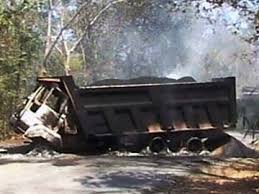 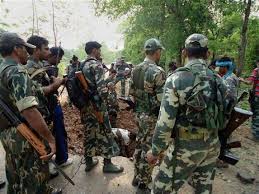 Maoists make a string of Attacks in Chhattisgarh

Maoist rebels have made four attacks in the state of Chhattisgarh in the past three days, killing twelve and injuring eighteen security personnel in all. The state has always experienced tumultuous times, with the Naxals causing havoc in and around the state. This latest string of attacks has put the people as well as the security forces back on their toes.

The first attack, on Saturday, happened in the forests of Pidmel Village in Sukma district as the insurgents ambushed the patrolling Special Task Force. Seven officers were killed in the attack, and ten were injured. Then in the second attack, on Sunday, the insurgents torched 17 vehicles in the Kanker district. The vehicles were engaged in mining work, but no one was hurt in the incident. Then hours later, the Maoists attacked Border Security Force’s patrol party late at night in the Kanker district. The attack happened merely 500 meters away from the BSF camp based in Chhote Betiya town, and head constable Ramesh Kumar Solanki succumbed to the multiple bullet wounds he received before he ever reached the hospital.

On Monday, the Maoists took things even further, blowing up an anti-landmine vehicle in Dantewada district. Five policemen were killed in the blast, while eight were injured. The rebels triggered the blast when the vehicle was a little over 2 kilometers away from the Cholnar camp, and then opened fire on the vehicle. Due to spirited retaliation from the injured policemen, the rebels quickly fled from the scene. Four of the five severely wounded officers died from their injuries while receiving treatment in Kirandaul, while the fifth, who was airlifted to Medical College, Jagdalpur, was pronounced dead shortly after reaching the hospital. The remaining injured officers have now been airlifted to Raipur.

Next Story
Wildlife Photographer – A Man who Grooves with the Wild!